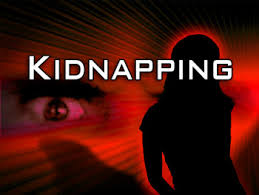 Premium Times Newspaper has it that the Nigerian Army on Tuesday confirmed its officer, a Colonel kidnapped in Kaduna on Sunday has been killed by his abductors.

“The Nigerian Army wishes to regrettably inform the public that Colonel Samaila Inusa, who was kidnapped on Sunday 27th March 2016, was found dead today at about 6.00pm,” spokesperson for the Army, Sani Usman, said in a statement.

“Preliminary investigation revealed that most likely the late senior officer was killed same day he was kidnapped by his abductors. This is because the body was found already decomposing around Ajyaita village off Eastern Bypass Kaduna, Kaduna State.
“Arrangements are in progress to move the body to 44 Nigerian Army Reference Hospital, Kaduna. May His soul rest in peace, Amen.

“We wish to state in unmistakeable terms that whoever is behind his abduction and murder would be fished out to face the full wrath of the law.”

Mr. Inusa, a colonel, was seized in his Mercedes-Benz car by gunmen around Kamazo, along Kaduna Refinery Road, in Chikun local government area of Kaduna State on Sunday.

A statement by the 1 Division of the Army had said “the abductors dropped off Colonel Inusa’s wife and left with him in his car. The car headed towards Abuja.”

On Sunday, the Army offered a N500,000 reward for anyone with useful information that could lead to the rescue of Mr. Inusa.

The following day, army authorities raised the reward offer to one million naira, promising to give adequate protection to anyone who provided useful information, and that such tip-off would be treated with utmost confidentiality.

There were reports in Thisday newspaper on Sunday quoting an intelligence officer as saying the abduction of the officer might be a revenge mission by the Shiite Islamic sect against the Army over the deadly clash with the group in Zaria last year.

But the group swiftly responded, denying responsibility for the abduction of the Colonel.
In a statement on Monday by Ibrahim Musa, the President, Media Forum of the group, said the report linking the Shiites to the abduction was “false, unsubstantiated and mischievous claim, that looks more like a planned operation aimed at painting the Islamic Movement in Nigeria (IMN) black.”

Mr. Musa added, “We wish to categorically state here that the Islamic Movement in Nigeria under the leadership of His Eminence, Sheikh Ibraheem Zakzaky has never, is not and will never engage in any form of crime to meet any of its objectives. Crime and criminal activities are fundamentally sinful and are not in our character.

“The Islamic Movement knows that due to official administrative ineptitude and official negligence of constituted authority, a lot of crimes including kidnapping are prevalent in the country.”

Channels Television reports that a senior Army officer serving at the Nigerian Army School of Infantry Jaji in Kaduna State, Colonel Samaila Inusa, has been abducted by kidnappers.

The Deputy Director, Public Relations of the One Mechanised Division, Colonel Usman Abdul, disclosed this on Sunday in the Nigeria’s northwest state.

Colonel Abdul said that the Army officer was abducted from his car around Kamazo area, near refinery junction in Chikun Local Government Area of Kaduna State.

The abductors intercepted the officer’s personal car, and later dropped off his wife before leaving with him as they travelled along the Abuja-Kaduna road.
Posted by Don Okereke at 9:00:00 pm