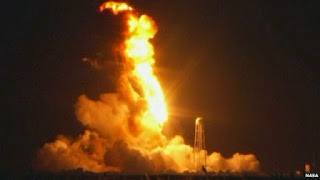 Vanguard newspaper reports that about eighteen people were on Friday morning roasted while others sustained third degree burns in an inferno at the Central Bank of Nigeria, CBN, following a suspected gas explosion at the premises of the Bank located at Calabar Road by the Millennium Park .


The explosion which took place at about 11.45 am set the main edifice of the bank on fire effectively trapping many staff and visitors which occasioned for the high casualty fire. When Vanguard visited the scene at 12 noon, a team of mobile policemen and soldiers assisted by nurses and personnel of the Nigeria Security and civil defense Corps were seen keeping guard over the place while officials of the Federal and State Fires Services were putting out the fire and rescuing those trapped in the building.

“I cannot give exact figures of how many people are dead but many people were burnt beyound recognition while many sustained third degree burns; rescue operation is going on to ensure everyone is brought out soon”.

An Official of the Federal Fire Service at the Calabar Airport told our reporter. He said the source of the explosion is not known but it is speculate to be some locally made improvised device while some say it is the gas tank at the generator house that exploded.

Ambulances from the University of Calabar Teaching Hospital, UCTH and General Hospital Calabar were brought in to evacuate the dead and those wounded while rescue efforts were being made to extricate those still inside. No official of the bank was willing to speak to the press on the cause of the inferno but the Assistant Inspector Genral of Police, A I G Zone six, Mr Baba Bolanta said so far eighteen persons were casualty “but no death has been recorded” He said