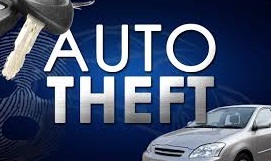 Police in the Toronto, Canada say 500 luxury SUVs were stolen in the Greater Toronto Area this year as part of a sophisticated vehicle trafficking operation linked to Nigerian organised crime ring, Black Axe, in which a Service Ontario employee fed vehicle owners' details to criminals.

Police told a press conference on Friday morning that thieves stole the cars according to a 'shopping list' handed down to them from higher ranking members in the ring, acquired vehicle identification numbers (VINs) and key codes from the Service Ontario employee and had keys cut by a locksmith, who was also arrested.

The cars were then taken to shipping yards in Montreal and Halifax and arrived in Nigeria and Ghana within days, where they were sold for roughly half their market value, police said.

Police said the investigation, nicknamed Project CBG, began in the spring of 2015 after they noticed a string of luxury vehicle thefts in and around Toronto. When they began investigating, they noticed that the thefts weren't one-offs, but rather part of an intricate web, they said.

Police say the thefts accounted for about 10 per cent of all vehicles stolen in Toronto in 2015, totaling approximately $30 million. Some vehicles were stolen from as far as Hamilton, Waterloo and Guelph, Ontario

Approximately 200 vehicles, representing $11 million, were recovered from shipping containers with assistance from authorities in Spain and Belgium.

Police say they are working with counterparts in the United States who have experience investigating crimes linked to Black Axe. The crime ring operates internationally and has been linked to money laundering scams of up to $5 billion, police said.

Tribune Newspaper
Posted by Don Okereke at 6:04:00 am