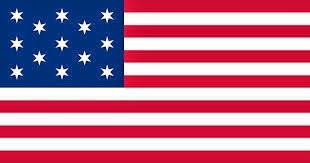 The United States of America says it has announced a $5 billion contribution to the Multinational Joint Task Force (MNJTF) to boost the military operation against the Boko Haram insurgency.


The US Assistant Secretary, Bureau of African Affairs, Ambassador Linda Thomas-Greenfield, announced this at a news briefing via telephone from the African Union Summit on Monday on the US interests in Africa,

A News Agency of Nigeria (NAN) correspondent monitored the press briefing at the US Embassy in Abuja.
"We have been working with Nigeria as well as the African countries innovation to address their concerns about Boko Haram because we don’t see this as just a Nigerian problem.

"We are having discussions with President Buhari on how we might bolster our support. We have already been working with them and providing information.

"We are providing some training and support and we’ll love to work with the new administration to see how we might increase the level of support to Nigeria.
"At the same time, we’ve just announced at the venue of the AU, five billion dollars contribution to the Multinational Task Force.

"We are also providing some equipment and support and we have a number of meetings with the countries who are members of the Multinational Joint Task Force to look at other areas we might support,” she said.
Thomas-Greenfield said that Africa had faced 'some really horrendous terrorist attacks' over the past two years.

She said that the attacks included the West Gate and Garissa University attacks in Kenya, and the Boko Haram attacks particularly, the kidnapping of the Chibok girls, among others.

"While I would not say Africa is under siege, Africa has some major security challenges. That requires a very strong and very concerted strategic effort by African countries and partners to address the security concerns of Africa,” she said.

According to her, the US is providing a strong support to AU on security as the US has a strong partnership with the continent on security.

"We are working closely with the Lake Chad Basin countries: Nigeria, Chad, Niger and Cameroon to address the issues of Boko Haram,” she said.

She said that United States had so far trained about 250,000 African peacekeepers, saying US highest priority in Africa remained security.