President Muhammadu Buhari on Monday met with the out-going National Security Adviser, retired Colonel Sambo Dasuki at the Defence House in Abuja on issues pertaining to security and the activities of the Boko Haram sect in the North-eastern part of the country.

The meeting lasted for about two hours and when Sambo came out he turned down questions posed to him, entered a waiting black Range Rover jeep and drove off.

Although the details of their discussions were not made known to Journalists, THISDAY gathered that it may not be unconnected with the resurgent wave of suicide bombings and attacks by the Boko Haram sect in Maidugiri, the Borno state capital.

It was also learnt that Buhari and Sambo may have discussed some of the immediate measures put in place to contain the insurgents as well as the collaborative engagement with Nigeria's neighbours.

This came just as the President’s Senior Special Assistant on Media and Publicity, Garba Shehu, said that Buhari will be embarking on a trip to Niger and Chad to explore ways of curtailing the activities of the Boko Haram sect.

"Buhari will go to the Niger Republic on Wednesday and will spend a night there before proceeding to Chad the next day," he said.

According to Shehu, the president's first official visit outside the country will be used to explore collaborative measures that could fast-track the fight against insurgency which has had negative impact on the social and economic lives of Nigerians, especially those living in the North-east.

Meanwhile, the media aide has said that the President  may not release his list of ministerial nominees until after inauguration of  the next National Assembly on Friday, June 6.

While speaking with Journalists on Monday at the Defence House in Abuja, Shehu said the President have no reason the beat the gun by bringing out a ministerial list even when the approving body was yet to convene. 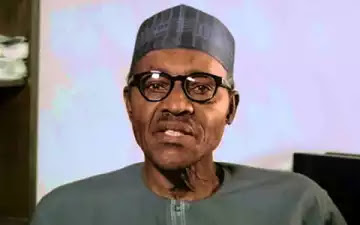