Authorities of the Nigerian presidency are said to have rejected 253 Department of State Services (DSS) security operatives assigned to protect the presidency.

The operatives were redeployed from several areas of the federation to work with the Presidency but were rejected on getting to Aso Rock. According to their redeployment signals that emanated from the service’s National Headquarters, the officers were directed to report at the Presidential Villa last week Monday. However, the officials, armed with signals showing specifically where they would man in the Presidential Villa, were however turned back on arrival. They were directed to ensure that they return to their respective former duty posts across the country the following day (last week Tuesday). 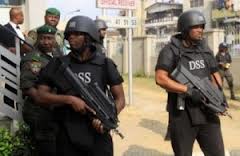