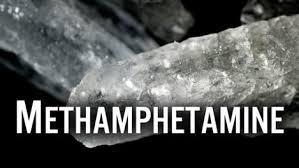 The Nigerian died when his intestines spilled out of his body on the Sedyatmo toll road near the Soekarno-Hatta International Airport, after he allegedly tore open his own abdomen to remove capsules of drugs.


“Austin Chukwuna, 25, ran out of the Ibis Hotel near the airport compound where he had just stayed a night. He allegedly tore open his abdomen with pieces of glass,” Benda Police chief Comr. Heddi Managsi said in Tangerang on Monday as quoted by tribunnews.com.

Chukwuna checked into the hotel on Saturday and suddenly screamed and ran out naked from his room on Sunday in the predawn. He then went to the car park to break some car window glass before running to the toll road where he fell down, Managsi said.

He said police removed a passport and three methamphetamine capsules from Chukwuna’s hotel room and found another eight meth capsules on the highway.
“We then took him in the ambulance, but he died on the way to Tangerang General Hospital,” he said.

Source:
The Jakarta Post
Posted by Don Okereke at 2:24:00 pm