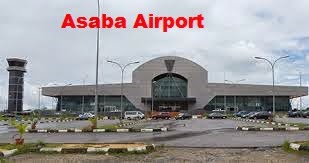 The safety and security of air travellers using the Asaba Airport in Delta State cannot be guaranteed anymore, the Federal Government has said.

As a result, the government on Tuesday downgraded the facility from being used for commercial flight operations.

It said the airport’s safety and security concerns were due to the failure of the Delta State government in fixing key infrastructure at the airport.

It said the state government refused to comply with directives from the Nigerian Civil Aviation Authority mandating it to fix some of the airport’s facilities such as making repairs on its undulating runways, providing perimeter fence, as well as other issues.

The Federal Ministry of Aviation, in a statement made available to our correspondent in Abuja, said, “The Federal Government has downgraded the Asaba Airport over the failure of the Delta State government to put in place measures that would guarantee the safety and security of passengers using the airport.”