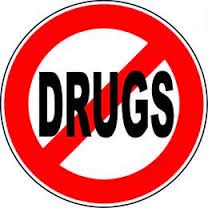 LAGOS—Operatives of National Drug Law Enforcement Agency, NDLEA, at Akanu Ibiam International Airport, AIIA, Enugu, have arrested a Lagos pastor over drug trafficking.
The suspect, Daniel Lanre Akintola, 43, was caught with 1.978kg of heroin concealed in the false bottom of his luggage.

This is coming just a few weeks after a Lagos-based pastor was arrested for smuggling narcotics to South Africa at the Lagos Airport.

Vanguard gathered that another suspect, Onwueg-busi Tochukwu Victor, 48, was also arrested with 51.5kg of ephedrine found inside his luggage.


NDLEA commander at the Enugu Airport, Mr. Nsikak-Abasi Udoh, disclosed that the 43-year-old pastor wanted to abandon his luggage at the arrival hall for fear of arrest.

He said: “Mr. Daniel Lanre Akintola unlawfully possessed 1.978kg of heroin, while returning from Entebbe, a major town in Central Uganda.
“He wanted to abandon the luggage, but we detected his intention. The drug was carefully concealed in a false bottom of his luggage

“The second suspect is a businessman who had parcels of ephedrine weighing 51.5kg, which he wanted to smuggle to Ma-puto, Mozambique.
They are being investigated.”

Akintola, who claimed ownership of the bag containing heroin, said he was returning from a pastor’s conference.

He said: “I am a pastor with one of the pentecostal churches, at Ipaja, Lagos. I attended a minister’s conference in Uganda.
“This bag, where heroin was found, is my bag but I am a pastor and not a drug trafficker.”

The suspect, who hails from Oyo State but lives in Lagos, could not produce evidence that he actually attended a minister’s conference in Uganda.

Besides, he also did not give any reason for leaving Entebbe, Uganda, en-route Addis Ababa, to Enugu.

Source:
Vanguard Newspaper
Posted by Don Okereke at 10:46:00 am