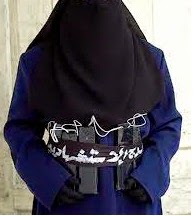 
The bomber detonated his explosives a few metres (yards) from an open-air mosque in the Dogo Tebo area of Potiskum shortly after noon prayers on Monday, witnesses told AFP.

One of the residents, resident Mukhtar Ubale said: “Three worshippers were hit by shrapnel and sustained mild injuries while the bomber’s thighs and legs were blown off.”

According to Zakari Kabiru, another resident, who witnessed the bomb blast, the bomber who was aged about 30, was taken to hospital. He added that his chances of survival were slim.

“Only his torso was intact but the lower parts of his body were shattered,” Kabiru said.
He blamed Boko Haram insurgents for the attack.

Boko Haram has been carrying out a series of attacks in North East Nigeria in a bid to create a hardline Islamic state in the country.

More than 15,000 people have been killed since the sect started its deadly attacks in 2009.
The group has carried out several suicide and bombing attacks in Potiskum, which is the commercial hub of Yobe state, one of the states worst hit by the violence.

On February 24, at least 22 people were killed and 200 injured as a suicide bomber attacked the Tashar Dan-Borno motor park in Potiskum, and on February 22 a suicide bomber detonated an explosive device at the GSM market in the city, killing 8 and injuring 42 people.