Fight Terrorism by Partnering With Muslims 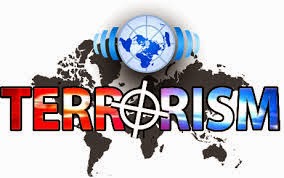 Saturday's police raids in Melbourne provide further proof that terrorism is inside Australia's house, not at its doorstep.

Could an earlier and softer intervention strategy result in a more positive and cost-effective outcome?

No Australian should be surprised that would-be terrorists might target ceremonies commemorating the 100th anniversary of the Gallipoli landings, given their cultural significance. A successful terrorist attack on an Anzac Day ceremony would have great symbolism for IS.

These early-morning raids are a success story for our police and spies. Good intelligence, combined with co-operation between police forces, reiterated that the federal government's investment in counter-terrorism capabilities is money well spent.

The intelligence, surveillance and police bill for this operation will, no doubt, run into hundreds of thousands of dollars.

The ongoing monitoring, management and prosecution of these five teenagers over time will likely run into millions of dollars.

While our police and spies need to be appropriately resourced, could an earlier and softer intervention strategy result in a more positive and cost-effective outcome?

Deradicalisation is a security priority, a government policy focus point, but, ultimately, the Islamic communities' responsibility.

The deradicalisation of young Muslims should be an activity supported by the government, but delivered by Australia's moderate Muslim scholars and leaders.

The five teenagers were known "associates" of Numan Haider, the lone-wolf terrorist who was killed while attacking two police officers in September 2014.

What if in the days after the Haider attack, police and the relevant Islamic leaders, scholars and religious figures had met to discuss intervention strategies for the dead man's associates?

If these representatives had worked with police and health practitioners, they could have developed intelligence-led and individually tailored intervention strategies. This would have given these five young people a chance to back away from IS before they committed any criminal offences.

In the event that the deradicalisation strategy was not working, these case officers could have advised police.
I suspect this alternative approach to deradicalisation would have led to a better result for the teenagers, their families, their communities, and Australians more generally. I also suspect the cost of this approach would have been significantly less than that expended on the investigations.

The terrorist threat in Australia is becoming more dangerous by the day. Young Australians continue to be radicalised, with some showing a willingness to commit acts of terrorism.

Our security and law enforcement agencies are now regularly thwarting terrorist plans, but this successful intelligence and police work is not curbing home-grown violent extremism.

Operational successes such as the latest Melbourne arrests do not result in the deradicalisation of offenders.
The government's national disruption group, community engagement programs and diversion and monitoring team have great potential. But they do not sufficiently partner members of the communities that are on the frontline of countering radicalisation.

The name of the game here is to prevent terrorism. But how much more effective would our national counter-terrorism strategy be if it focused on preventing the radicalisation of Australians.

If we are to get serious about deradicalisation, it is time for government to move its engagement with communities from a consultative to a partnership model.