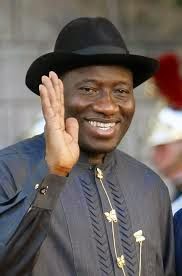 The aggregate analysis of Key Performance Indicators (KPIs) of President Goodluck Jonathan in a nationwide poll conducted by NOI Poll, at the tail end of 2014, yesterday rated the President as having done poorly in security and power.


He was however rated to have achieved an average (3) rating in terms of his performance in job creation, economy, education, agriculture and food Security, transportation and foreign policy diplomacy.

This was contained in statement made available to THISDAY in Abuja.

It stated that the evaluation was based on the perception of Nigerians regarding his performance in key areas of his transformation agenda.

According to the NOI, the finding which was for the month of December also revealed that about 5 in 10 (55 percent) adult Nigerians surveyed approved of Dr. Jonathan’s job performance in the past 1 month. The evaluation according to NOI represents a 5-points decline from November 2014.

Source:
ThisDay Newspaper
Posted by Don Okereke at 3:59:00 am