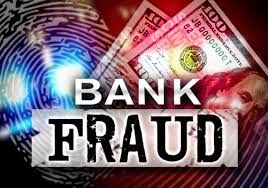 Despite multiple security checks in banks, incidents of fraud are on the increase, prompting the Central Bank of Nigeria (CBN) to raise alarm, blaming it on insiders. Weekly Trust takes a look at the disturbing trend.


Since e-banking commenced some years ago, banking operations and services to customers have been made easier. But despite the smoothness and comfort on offer, there are also setbacks and risks the banks and customers face from time to time. Investigations indicate a rise in fraudsters cashing in on modern technology to fleece unsuspecting depositors. Weekly Trust spoke to a banker in one of the leading commercial banks in Nigeria, who craved anonymity, and he confirmed the rise of insider collaborators in fraud. He noted that the network of criminals is so strong that it is extremely difficult to pin down the culprits.

The source said the most elementary aspect of the fraud is wilful neglect of checking and confirmation of personal data and addresses of fresh bank customers who want to open new accounts. “There is a policy called “Know Your Customer” (KYC). It is expected that any person who comes to open a new bank account is only granted that opportunity upon confirmation by his account officer the accuracy of the information he has rendered in his personal data form, especially his office and residential address.  But in most cases, customers who are fraudsters who come to open accounts and have connivers within, give fake information,” he said.

“Without necessary confirmation, the conniver goes ahead to open such accounts, which are used in defrauding people. In effect, when fraud happens, the suspects cannot be located with the addresses in personal data forms. He stands a better chance of evading prosecution at this point,” the source added.

Another source disclosed that would-be fraudsters who have insiders approach the bank with account numbers and other details of persons they know are flush with cash. “They come and pretend that they have forgotten the signature they signed for the account in question. They request that the manifest be opened for them to see their signature and remember. Once the insider opens the manifest, the fraudster could also request to snap the signature with his phone, under the pretext that he doesn’t want to forget it again. These are questionable demands, but the insider grants it because they are in collaboration. Of course, we know there are expert forgers,” he explained.

In another case, a man who operated an account with a commercial bank (name withheld) with a heavy base in the North had N2.1 million withdrawn from his account by fraudsters.

The man, who pleaded anonymity, said he had N3.2 million in his account and went to withdraw N200,000. He had not withdrawn cash for a while, noting that the transaction was done. But since his GSM number which receives SMS alerts was inoperative, he requested for written balance, only to discover that N2.1 million had been withdrawn.

“I raised alarm and upon investigation by the management of the bank, it was discovered that someone forged my bank documents, impersonated me with an identity card and also cloned my GSM line. The money was transferred into an account in Abuja, but I couldn’t get the alert. The bank later discovered I never made the transfer or withdrawals and refunded my money, but it suspended the cashier who authorized the payment,” the victim said.

Weekly Trust gathered that fraud within the banking sector manifests at different levels and it is systemic in nature. A source said bank staff would not ordinarily open doors for a thief to come in and steal money from the vault. He said what obtains is that corrupt bank staff carefully arrange for a lapse to occur, so they can explore that window.

Also, a recently retired senior manager with one of the old generation banks who prefers to be identified simply as Mustapha said experience tells him it is almost impossible to hit any bank without internal assistance. “One of the common examples of fraud amongst the top officers of banks is in approving fraudulent loans for their proxies. They register companies in the name of their friends or families, put documents together and approve huge sums to these companies which largely exist only on paper.” Then they go ahead  to approve all manner of concessions and waivers, practically giving themselves these monies, robbing the bank of legitimate income. Billions of naira get stolen this way, accumulatively.

Investigation also revealed that even where these companies truly exist with verifiable business on ground, they cannot access bank loans on record time without reaching a compromise with the bank officials on what percentage they will get as kick-backs. “In doing so, even where there are danger signals to warrant reconsideration, they will be overlooked and approval will be given,” another source added.

A chartered accountant and auditor, Mr. Sunday Enenche said a good number of the high-profile fraud cases are executed by top management staff of banks, with bank management using their branches to warehouse large sums for politicians and other highly placed individuals in the society. According to him, these monies are not captured in the books of the banks because they could raise suspicion by the Economic and Financial Crimes Commission (EFCC), saying it denies the bank of income.

“With the cooperation and understanding of the bank management, they move these sums around from time to time to avoid Central Bank of Nigeria’s (CBN) unscheduled inspection. You will rarely see the real owners of these monies in the banking hall, as they have their agents who are well-known by the banks and can access these monies at any time of the day,” he added.

Worried by the increasing cases of fraud, the CBN on January 19 through a circular issued a directive urging banks to take steps to curb the trend. The directive, signed by Mr. Dipo Fatokun, Director, Banking and Payment System Department, also stated that the abuses center on identity theft and abuse of authorization. The apex bank therefore announced measures to check such and gave a December 31, 2015 time limit for compliance by all banks or a N50,000 fine daily after the expiration of the deadline.

Experts argue that what you get with the lower ranks of bank officials is not frequent and they also come in various forms because the opening is not always there. They insist that in some cases, double deductions occur on same amount on an account where the customer has made same type of deductions, by not crediting the customer’s account with deposits, yet issuing a teller to the customer. They could also connive with robbers to hit the banks premises or bullion vans if they notice that guards are loose on certain days or times. There are also cases of signature forgery and altered cheques.

But Mustapha cautioned that whereas banks keep updating their fraud counter-mechanisms, a lot more depend on the integrity and prudence of the staff to succeed. The banks may need to also reconsider the current practice of contract workers who handle transactions far above their pay grades. “You cannot employ a graduate, place him on contract and pay him less than 50 percent of what a similar graduate in the same system earns, who is not on contract. Temptation will be there.”