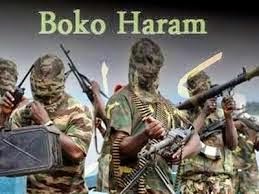 Military authorities in Niger and Chad have withdrawn their troops’ contribution to the Multinational Joint Task Force, MJTF, base as a direct result of the increased activities of the Boko Haram insurgents.


This was disclosed today by the Chief of Defense Staff, Air Chief Marshall Alex Badeh after an expanded emergency security meeting at the Presidential Villa, Abuja.

According to Badeh, the countries’ decision to withdraw their troops followed the attack carried out by members of the Boko Haram sect on the MJTF base located outside Baga town in Borno State last Friday.
The base was being manned by troops from Nigeria, Niger, and Chad to interdict criminal activities in the Lake Chad area but was expanded in 2014 to stop the activities of members of the sect in the area where the borders of the three countries intersect.

“Niger had people with us. They too withdrew and left Nigeria only at the Multinational Joint Task Force Headquarters.”

According to the military chief, he would have loved the border to be closed but said it could be difficult closing such a large border.

“I wish it (the border) could be‎ closed, but how do you close such a very large border? And it is not for military to close border anyway,” he said.