'Actionable Intelligence’ From The U.S. On Chibok Girls Was Ignored By Nigerian Military 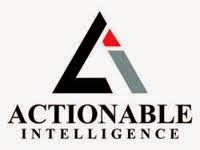 A revealing report by the New York Times on the faltering relationship between Nigeria and the United States of America has shown that when the Pentagon came up with what it called “actionable intelligence” from drone flights on information that might have indicated the location of some of the kidnapped Chibok schoolgirls and turned it over to the Nigerian military commanders to pursue, they did nothing with the information.


Quoting unnamed Africa Command officials in Stuttgart, Germany, the New York Times, however, reported that shortly after the US offered to help rescue the girls, it flew several hundred surveillance drone flights over the vast, densely forested regions in the North-east (Sambisa forest) where the girls were seized, but officials in Stuttgart said that with few tips to guide the missions, the flights yielded little information, while diverting drones from other missions in war zones like Iraq and Syria.

The lack of result was also blamed on mutual mistrust between US and Nigerian officials: “Although the United States reached an agreement with Nigeria last spring to share some intelligence, American officials did not include raw intelligence data because they believed that Boko Haram has infiltrated the Nigerian security services.”

According to the New York Times, “Soon after the Islamist group, Boko Haram, kidnapped nearly 300 teenage girls in Nigeria in April, the United States sent surveillance drones and about 30 intelligence and security experts to help the Nigerian military try to rescue them. “Gen. David M. Rodriguez, the top general for American missions in Africa, rushed from his headquarters here to help the commanders in the crisis.

“Seven months later, the drone flights have dwindled, many of the advisers have gone home and not one of the kidnapped girls has been found. Many are believed to have been married off to Boko Haram fighters, who in the past six months have seized hundreds more civilians, including children, planted bombs in Nigerian cities and captured entire towns.”

In Washington, the newspaper added that the fleeting moment of cooperation between Nigeria and the United States in May has now devolved into finger pointing and stoked the mistrust between the two countries’ militaries.

“Nigeria’s ambassador to the United States has accused the Obama administration of failing to support the fight against Boko Haram, prompting the State Department to fire back with condemnations of the Nigerian military’s dismal human rights record.

“Tensions in the US-Nigeria relationship are probably at their highest level in the past decade,” Johnnie Carson, the State Department’s former top diplomat for Africa, said in an interview. “There is a high degree of frustration on both sides. But this frustration should not be allowed to spin out of control.”

In Stuttgart, the New York Times reported, officials at the headquarters of the United States Africa Command offered their own bleak assessment of a corruption-plagued, poorly equipped Nigerian military that is “in tatters” as it confronts an enemy that now controls about 20 per cent of the country.

“Ounce for ounce, Boko Haram is equal to if not better than the Nigerian military,” said one American official, who spoke on condition of anonymity to discuss operational reports.

The violence is in the meantime spilling into neighbouring countries like Cameroun, which carried out its first airstrikes against Boko Haram this week, after militants overran a military base and attacked five villages there.

The lack of cooperation was magnified when Maj. Gen. James B. Linder, the head of American Special Operations forces in Africa, visited Nigeria in late October, but was barred from visiting the base where American trainers were instructing the new Nigerian Army battalion created to help fight Boko Haram.

General Linder was left waiting at the gate in what some American officials viewed as another dig at the Pentagon. Africa Command officials insisted it was a “coordination issue that was remedied with a meeting later in the day”.

“We continue to engage with Nigeria on a broad range of training, equipping, and information-sharing projects across all of the military services,” Benjamin Benson, an Africa Command spokesman, said in an email to the New York Times.

Although Secretary of State John Kerry called Nigeria’s President Goodluck Jonathan on Tuesday in part to discuss Boko Haram, the strains between the two militaries are not new, and with Nigeria preparing for national elections in February, US officials fear that earlier assessments may overtake their cautious optimism from the spring.

Meanwhile, less than 12 hours after a female suicide bomber was killed in an attempt to detonate an explosive at the army barracks in Gombe on Wednesday night, another suicide bomber died yesterday morning at ECWA Church behind Gombe State University.

THISDAY checks revealed that the Boys Brigade members, a local vigilante group, who arrived early to provide safety for the church saved what could have been a disastrous New Year celebration in Gombe.
According to one of the members of the Boys Brigade, who was on duty at the church, the suicide bomber arrived on a motorbike but could not get close to the church because the road had been barricaded.