Nigerian Shiite Muslims have accused Nigerian troops of killing 11 of their members and injuring 40 others in a
clash between the group and soldiers in Zaria on Friday.

In a statement on Friday night, the group said among those gunned down were Mahmud, the son of the leader of the group, Sheikh Ibraheem Zakzaky, as well as a woman with a baby strapped to her back.

Ibrahim Musa, the editor of Al-Mizan, the weekly newspaper published by the group, said in a statement,
“Reports reaching our news desk now indicated that some soldiers of the Nigerian army have opened fire on
the tail end of the Quds procession held after Jumaat prayers in Zaria, Kaduna State.
Mahmud Ibrahim Zakzaky
“The procession, which took off from Sabon Gari Jumaat Mosque, reached Kofar Doka peacefully with no
incident. However some soldiers attacked the procession [at the] PZ junction in Zaria.
“They shot Mahmud Ibraheem Zakzaky, but [his body] was taken away by the Muslim brothers. But several [other] Muslim brothers were shot by the security agents.

“As at the time of writing this report, there is no confirmation on the number of Muslim brothers shot or
killed by the soldiers, but our [sources] say five people were killed. The Quds procession was held today
peacefully in more than 10 Nigerian cities. Why the attack on the Zaria procession?

“[The] latest report on the attack by soldiers on Quds peaceful procession is that ten Muslim brothers were
gunned down by the soldiers, among them Mahmud Ibraheem Zakzaky, son of Sheikh Ibraheem Zakzaky,
and a Muslim sister with her child on her back. There are over 40 Muslim brothers’ casualties with different
degrees of gunshots by the soldiers. The story is still unfolding, with reinforcement of soldiers coming from Kaduna, according to our news sources.”

The military did not respond to requests for comment.
Defence spokesperson, Maj. General Chris Olukolade, did not respond
to calls to his phone.  Spokesperson for 1 Mechanized Division Nigeria Army, Usman Abdullahi, said he would provide details later.

PREMIUM TIMES had earlier quoted residents who narrated how soldiers exchanged fire with members of
the group who were on a procession around the PZ area of the town, in response to the conflict between Israel and Palestine.

The procession, called Muzahara, is an annual ritual after the Ramadan, during which thousands of faithful
walk around the city dressed in black.
This year, the Shiites dedicated the march to protesting the ongoing fighting between Israel and the Palestinian militant group, Hamas.

Residents reported prolonged gunfire that lasted about an hour.
One resident said he saw five bodies taken away from the scene of the shooting.
“I can’t really ascertain what happened, but I saw five unidentified corpse taken away from the scene,” the resident, a Shiite Muslim, said.
Another witness said the incident occurred when military personnel tried to force their way through the
crowd of Shiite followers.
“Mahmud, one of Shiekh Ibrahim El-Zakzaki’s son is shot and the second son Ahmed was arrested and taken
away by the security. Mahmood is however, not dead,” a witness, Musa Ali, said. 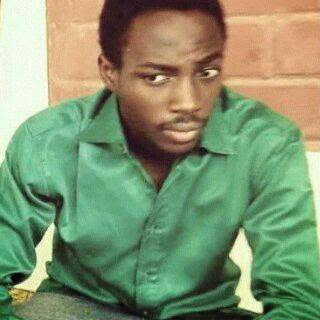