Nigeria’s Defence Headquarters has announced the loss of five soldiers, including an officer, during an ambush by the terrorists today, Tuesday 08/04/2014.
In a Statement, the Director of Defence Headquarters, Maj. General Chris Olukolade, indicates that the incident occurred during an assault on terrorists’ enclaves in Sambisa forests and surrounding locations.

“Operational activities around Wala, Gwoza, Pulka and environs have been intensified.  Encounters resulting from air and land strikes and an ambush of troops on patrols in the area have resulted in the death of scores of terrorists and loss of 5 soldiers including an officer."
Olukolade stated that a timely distress call saved communities besieged by terrorists in search of food around the Lake Chad area.
The heavily armed terrorists, on sensing the approach of troops before they could carry out their mission, scampered for safety, General Olukolade said.

"The troops of the Multi-National Joint Task Force on patrol of the area have so far recovered some arms and ammunition left behind by fleeing terrorists.  Cordon and search of the area is continuing with a view to apprehending any of the terrorists that could be lurking around.” 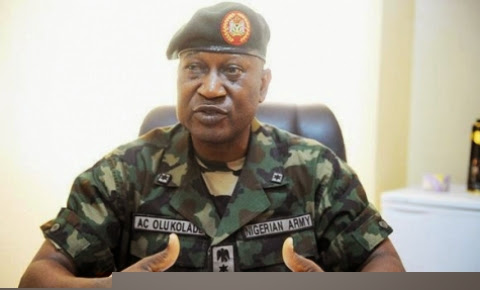