If The United Kingdom is Negotiable, Why isn't Nigeria? 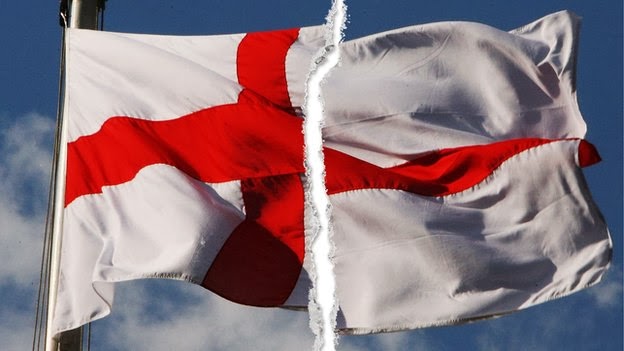 The United Kingdom, Nigeria's colonial master, has a date with history. Come September 18, 2014, voters in Scotland will be asked a straight Yes/No question: "Should Scotland be an independent country from the United Kingdom?. Let's quickly bring to mind that Scotland became part of the United Kingdom on May 1, 1707, more than 300 years ago! The principle of 'Devolution' ascribed greater autonomy to Scotland hence they enjoy quasi independence - they have their own Parliament, Health Care System, Police (Police Scotland), Educational System, and a large chunk of the North Sea Oil largesse accrues to them. Notwithstanding the foregoing, Scottish people yearn to take their destiny in their hands after more than 300 years of a political marriage with England and Wales.

One is profoundly enthralled by the finesse, level of maturity exhibited by the opponents and proponents of Scottish independence. No name calling, no threats of fire and brimstone, just a battle of wits and superior argument. If it were to be in Nigeria, some geezers who think they have monopoly of violence will be running their mouth foul.

Is it not high time we learnt some lessons from the United Kingdom? Juxtapose events playing out in the UK with the scenario in Nigeria. One hundred years after northern and southern protectorates of Nigeria were amalgamated nearly 50 years after a civil war, yet the centrifugal forces at play in Nigeria outweigh the centripetal forces. In one of my essays - "Is Nigeria Truly 'One Nigeria'? which was written at the peak of a brouhaha over 'deportation' of some Igbo's resident in Lagos to their ancestral homes, I sought to know if the self-acclaimed giant of Africa is TRULY one country in truth and in spirit or a mish mash of nations, ethnic groups, individuals at dissimilar strata of civilization. It beats one's imagination that innocent souls are randomly butchered like chickens in this clime and some geezers revel in grandiose centenary jamboree.

For the avoidance of doubt, yours truly believes in Nigeria and in the enormous potentials, the bargaining power that a strong Nigeria holds for us especially in the global scheme of things. The vast market that Nigeria represents has just thrown up one of ours, Aliko Dangote as the 23rd richest man in the world.

Enter another gala affair, a national conference they call it. Rather than have a no-holds-barred tete-a-tete, they rammed it down our throat that there are no-go-areas, that the unity of this country is not negotiable. What are our leaders afraid of? Why are they afraid of the home truth? I suppose most of them are married, it follows their type will compel their wives to remain in a marriage even when there are irreconcilable differences.  Let's stop postponing the evil day. The least Nigeria needs to attain a semblance of Nationhood is a radical departure from the opaque Presidential system of government we currently practice. From my mind's eye, some form of regional system of government or 'True Federalism' as some people call it, will be better suited for Nigeria. The over-concentration of power at the centre and the kamikaze quest for who occupies that exalted seat, is one of the remote causes of insecurity, terrorism and insurgency currently ravaging this country.

Given that the United Kingdom has been around longer than Nigeria yet a section of that country is agitating for independence. Does it also have to take us 300 years before we realise the whole thing has been a farce.
Once more, if the UK is negotiable, why is the unity of Nigeria sacrosanct? Are we learning from history at all or we are just playing the ostrich?