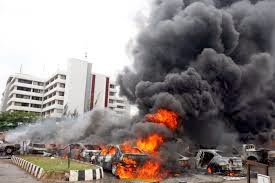 Nigeria Urgently Needs A Coherent Counter-Terrorism Strategy/Policy
Rather than our typical haphazard approach, it is high time Nigeria articulated a coherent and unified strategy towards countering terrorism and insurgency. We cannot continue doing the same thing, the same way over and over again and expect a different result.
The United Nations Counterterrorism Committee advocates countries to have comprehensive national strategies that include countering incitement motivated by extremism and intolerance. In the same vein, the United Nations Counterterrorism Implementation Task Force (UN-CTITF) also recommends promotion of public-private partnerships. It posits that developing partnerships with the private sector especially where State resources are limited.
Sequel to the complexity of the Security situation in Nigeria with a mix of economic, political and social strife, the United Nations Counterterrorism Implementation Task Force (CTIF) accentuates the importance of strategy and a collective effort to counter terrorism.