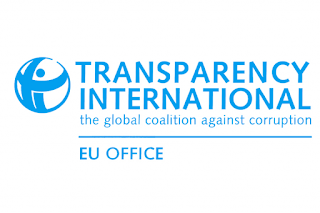 Very keen to tighten the noose on money laundering and illicit financial flows, the European Union (EU) and Transparency International (TI), in collaboration with the Civil Society Legislative Advocacy Centre (CISLAC) on Thursday, in Abuja, launched the anti-money laundering tracker for Nigeria in particular and West Africa in general.


The launch, according to the group, is part of the project titled ‘Turning up the pressure: Tackling Money Laundering through multi stakeholder approaches in ECOWAS countries’.

The Head of TI in Nigeria and Executive Director, CISLAC, Auwal Musa Rafsanjani, while speaking during the event, disclosed that the tracker will highlight the fact that money laundering is a cancer that dries out the resources from a rich continent stricken by poverty and deprivation.

Rafsanjani, represented by Mr. Adeshina Oke, stated that around $1 trillion of illicit financial flows leave developing countries through companies with hidden ownership, according to the Financial Transparency Coalition.

Oke observed that due to loopholes, most African assets, legally and illegally obtained, “end up in tax heavens, anonymous shell companies in exotic places or countries with sophisticated financial and banking systems”.

He lauded the current administration of the just re-elected President Muhammadu Buhari for some progress made in tackling the illicit financial flows and money laundering in the areas of investigating, prosecuting and sanctioning money laundering, especially politically exposed persons.
According to him, “This is a cog in the wheel of our AML regime. It also puts to question the effectiveness of our law enforcement  institutions, efficiency of feedback mechanisms, interagency cooperation and the level of transparency of our financial institutions. I believe that this problem is not specific to Nigeria.

“I hope that the launch of the online tool, supported by the European Union through the Transparency International Secretariat in Berlin, designed to monitor in real time the level of implementation of AML recommendations and commitments by the West Africa governments will contribute to the remedy of the epidemic of African assets leaving Africa illegally.”

Similarly, Jessica Ebrard of the Transparency International (TI), during the trackers’ launch, revealed that money laundering and illicit financial flows, negatively impact many developing economies.
She said that it is therefore imperative to access these preventive and punitive measures and the effectiveness and level of compliance to the measures.

Culled from: ThisDay Newspaper
Posted by Don Okereke at 5:27:00 pm