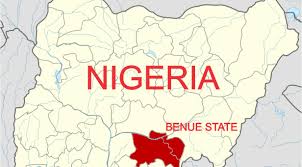 The Benue State Police Command has confirmed the killing of 10 persons by unknown gunmen at Tse-Uoreleyev community in Guma LGA of Benue State. The Police spokesperson, Catherine Anene, who confirmed the killings however said the Divisional Police Officer from Guma said that he saw five corpses at the time he got to the burial site.
Our correspondent gathered that the armed men  invaded  the community in  the night and shot indiscriminately at anyone at sight  killing 10 people on the spot. The chairman of Guma local government , Anthony Shawon , who also confirmed the attack, said the 10 persons were murdered while  in their sleep. It was further gathered that the armed men stormed the community which is far  from border area where they used to have security challenges. Some locals in the area hinted that the attackers were militants.

But the council chairman said that the attackers were suspected herdsmen. Shawon explained that the corpses have been buried based on the request of the villagers to bury their dead.

When  contacted, the commander of Operation Whirl Stroke (OPWS), Major General Adeyemi Yekini,  said he was  yet to get details of what happened and cannot comment on it for now. “ I will brief you later once I get more information, investigation into the attack is ongoing,” Yekini  said.

Culled from: Leadership Newspaper
Posted by Don Okereke at 10:12:00 am