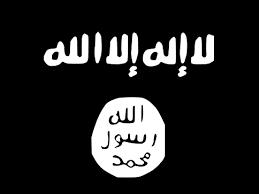 The year 2018 ended on a sour note along the shoreline of Lake Chad. For the last fortnight the reports of conflict near the town of Baga have caught analysts by surprise.


The insurgents who are believed to be from ISWAP (Islamic State West Africa Province) were actually able to capture the town. Reports have indicated that at least 700 Nigerian Troops remain unaccounted for while another 2000 are reported to be surrounded as well. Baga is also a base for the regional joint task force tasked with defeating Boko Haram as well. There is a presence of Chadian Troops at this facility also. The status of these troops have not been verified yet.

There is a sordid history regarding this town as well. In 2013 an incident between Boko Haram and the Nigerian Military led to the deaths of an estimated 200 Civilians.The group then returned to the area and launched an attack in January 2015 over a four day period that resulted in over 2,000 people be killed according to some accounts. It is clear that there is an intrinsic strategic value that Baga maintains that the insurgents find enticing.

The recent attacks reveal some interesting trends in the conflict that should be monitored.

The tactics that are currently used by the Nigerian Military are not working. One of the basic tenets of a counterinsurgency program is that when a Nation is failing while using this strategy it is failing because of governance. The current leadership in the Nigerian Military has not provided adequate training or equipment to the boots on the ground.

The civilian authorities in Abuja have not been able to restore its presence in Borno State either. Providing basic services whether on a federal or state level does play into the hands of the insurgents. With Presidential elections scheduled to take place this year another question that arises is how will the recent fighting around Baga impact the election?

The new tactics being used by ISWAP of overrunning a facility and promptly vacating it after a certain amount of time shows that they have learned new tactics from fighters returning from battlefields in Libya, Mali and Syria. The return of these fighters will change how the conflict will evolve.

Another fact that needs to be considered is what happens when ISWAP and Boko Haram come into conflict. These competing ideologies may come into direct conflict sooner as some of the more militant strains of Islam rise and fall. There has been no reports of any direct confrontations yet between these two groups.

The fighting around Baga shows that Nigeria still finds itself at an impasse. Despite changes in leadership some key issues that plague the country are not being addressed. That could be from issues that are not being addressed by Parliament. There are some structural flaws such as having the Police being run from Abuja and not the States. This does influence response times and could politicize some investigations as well.

These issues can be resolved. But there has to be some will to resolve these issues to move Nigeria forward.

Written by: Scott Morgan
Twitter: @confusedeagledc
Posted by Don Okereke at 9:04:00 am