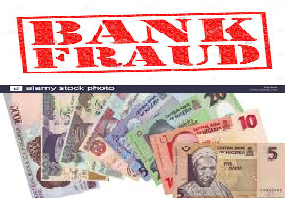 The Nigerian Inter-Bank Settlement System, on Thursday said the banking industry lost the sum of N12.30 billion to various frauds between 2014 and 2017.

Shonubi who was represented by Mr Olufemi Fadairo, Head, Industry Security Services, said the sum of N2.26 billion was lost in 2015 on attempted fraud value of N4.37 billion in 2015.

According to him, the industry lost the sum of N2.19 billion in 2016 on attempted fraud value of N4.37 billion.

He said more fraud cases were reported in 2017, with an increase of 28 per cent compared with 2016 but with less financial loss.

On fraud channel, Shonubi said the Automated Teller Machine accounted for the highest fraud in 2017 with an actual loss of N497.64 million with a fraud volume of 9,823.

He listed the top three mobile threats in Nigeria to include phone theft, SIM swaps and kidnaps.
Shonubi, however, called on Nigerians to shield themselves by ensuring phone lock, SIM lock, swap/recycle checks.