Buhari Under Pressure After Herdsmen Killed Than 200 in Plateau State 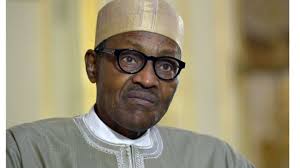 Nigeria’s President Muhammadu Buhari faced calls Wednesday to improve security or resign, after more than 200 people were killed in the latest bloodletting between herders and farming communities.


Buhari came to power in 2015 on a promise to curb insecurity across the country, in particular by Boko Haram, whose Islamist insurgency has killed at least 20,000 since 2009. President Buhari But a resurgence of violence in the long-running conflict between cattle herders and farmers has become a key issue as he seeks re-election in February next year.

Analysts predict the extent of the unrest could eclipse that of the jihadists in the northeast. The violence in Plateau state on Saturday was an apparent reprisal after ethnic Berom farmers allegedly killed five Fulani herders last Thursday. Governor Simon Lalong said in the state capital, Jos, late on Tuesday that the clashes had caused “the painful loss of over 200 people”. The police, blaming suspected herders, have said 86 people were killed.

However, multiple local sources from the communities affected maintained that more than 100 people died. The main association representing the largely nomadic herders has denied its community had any involvement in the killings and said its members had been repeatedly targeted for months. The clashes are rooted in tensions over access to land between the pastoral herders and sedentary farmers but have also generated sectarian friction between Muslims and Christians. Lalong suggested “criminal elements” were exacerbating hostilities, including “conflict merchants” involved in “cattle rustling, theft, banditry, gun running” and other crimes. Both he and Buhari have also warned about politicising the conflict or giving it a religious dimension.

Lalong said after talks with Buhari in Jos that the latest attacks were carried out with “sophisticated weapons” that were “reflective of a terrorist invasion”. “It (the bloodshed) therefore demands a justified response like that which was undertaken to address the Boko Haram insurgency,” he added. Lawmakers earlier this month issued a thinly veiled threat of impeachment to Buhari, accusing his security chiefs of repeatedly failing to protect lives and property.

The 75-year-old leader said on Tuesday he would “continue to pressurise members of the law enforcement agencies directly under me by the constitution as the commander-in-chief”. He also said it was an “injustice” to imply he was doing nothing because he was also Fulani and Muslim. Police and army reinforcements have been sent to Plateau to improve security, while a dusk-to-dawn curfew remained in place in areas of the state to restore calm. Several hundred protesters meanwhile marched to the governor’s office in Jos on Tuesday, demanding an end to the violence and action against the perpetrators.

In Abuja, Nigeria’s two parliamentary speakers, Bukola Saraki of the Senate and Yakubu Dogara of the lower House of Representatives, warned of the consequences of doing nothing. “If you go to the northeast, you can see the level of devastation caused by Boko Haram,” he said after a joint meeting with Buhari. “And we don’t want a replication of this all over the country.”

Plateau has been the scene of similar deadly violence in the past but in the last three years has been relatively calm, as clashes have spread elsewhere. Fulani herders have been blamed for killing some 1,000 people since the start of this year, the Armed Conflict Location and Event Data Project said earlier this month.

The International Crisis Group said more than 2,500 were killed in the conflict in 2016; 1,079 deaths were attributed to Boko Haram in the same year, according to the Global Terrorism Index. Human Rights Watch said in a December 2013 report that more than 10,000 people had been killed in Plateau and neighbouring Kaduna state since 1992. It said at the time that a failure to tackle the root causes of the conflict and prosecute those responsible was prolonging the cycle of violence.

With no apparent end in sight to the bloodshed, the financial daily Business Day claimed Buhari “has failed and continues to fail in his responsibility to protect Nigerians”. It added that security chiefs were not held accountable for failing to prevent the attacks and that Buhari appeared to have shown “high-level disinterest” in revamping the system. “If the president cannot handle the responsibility of protecting Nigerians he should do the honourable thing and resign from his position,” it said. “In a situation like this he should not even be seen talking about a second term.”