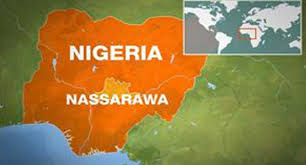 No fewer than 35 primary schools have been shutdown in Obi Local Government Area of Nasarawa State due to attacks on Tiv communities in the Southern Senatorial District of the state, resulting in the destruction of the schools.


The education secretary of Obi Local Government, Ogashuwa Onuku Samuel, made this known to journalists in his office in Obi headquarters yesterday.

According to him, “Many primary schools are no longer open in the Obi council area following the displacement of the host communities.

“The effort by the state government to raise education standards has fallen apart as the number of primary schools are reducing.”

He said any funding that was meant for the development of education in the Southern zone would have to be diverted to the rehabilitation of the destroyed primary schools.

“We are undergoing the Universal Basic Education Commission’s national personnel audit, but the host communities of this primary schools are not around hence it will affect the population.

“There is need for government to take another strategy to intervene to resolve the difference between the two warring parties so that peace and development can be restored permanently to the communities affected by the crisis in other to bring education activities back to normal,” the education secretary said.

Culled from: This Day Newspaper