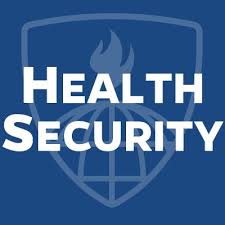 Though its name may not be known yet but the next pathogen to cause a deadly global pandemic will most likely be a respiratory disease, spread by a virus that is contagious during incubation or when symptoms are only mild, according to researchers at the Johns Hopkins’ Center for Health Security, United States (U.S.).


They developed the outline as part of a framework to help scientists and policy makers prepare for the next emerging, catastrophic threat.

Their report, The Characteristics of Pandemic Pathogens, concludes that the culprit is less likely to be one of the headline-grabbing diseases that currently cause frightening outbreaks such as Ebola, carried in bodily fluids, or Zika, which is spread by mosquitoes.

Instead Disease X, as the World Health Organisation (WHO) has dubbed it, is most likely to be a virus that can spread through the air.

The authors of the latest study, reported yesterday in The Telegraph UK, led by Dr. Amesh Adalja, a senior scholar at the centre, said current work to identify a microorganism with a global catastrophic biological risk (GCBR) was based on recent outbreaks, historical precedent and biological warfare agents.

However, this failed to account for the likelihood that the next global disaster could be caused by a pathogen that had never previously caused an outbreak.

Adalja said: “Health security preparedness needs to be adaptable to new threats and not exclusively wedded to historical notions.

“A more active-minded approach to this problem will, in the end, help guard against a GCBR event occurring.”

The WHO had in March this year added a mysterious, yet-to-exist new malady to its list of nine diseases that may cause a worldwide epidemic.

As if Ebola, Zika and Severe Acute Respiratory Syndrome (SARS) are not enough to worry about, the WHO has added a mysterious, yet-to-exist new malady to its list of nine diseases that may cause a worldwide epidemic.

“Disease X” is not a newly identified killer pathogen. It is a so-called “known unknown” — that could be created by biological mutation, such as previous deadly epidemics such as Spanish Flu or Human Immuno-deficiency Virus (HIV). Or it might be spawned by a terror attack, or simply an accident.

“Disease X represents the knowledge that a serious international epidemic could be caused by a pathogen currently unknown,” the organization said.

By including this mystery killer on its “List of Blueprint priority diseases,” along with eight better-known diseases such as Middle East Respiratory Syndrome (MERS) and Marburg Virus, WHO was aiming to acknowledge that infectious diseases are unpredictable.

Meanwhile, as a result, more needs to be done to monitor the human infections from respiratory-born viruses particularly those caused by fast evolving RNA viruses, which hold their genetic material in RNA rather than DNA.

Meanwhile, epidemiologists and healthcare professionals believe it is a case of when, not if, the world is hit by a global epidemic of a deadly infectious disease, killing millions of people.

The next big disease outbreak could be triggered by a mutated strain of a known virus or by the release of a biological weapon and examples such as the 1918 Spanish Flu pandemic, which killed up to 100 million people, show the enormity of the danger.

But rather than assuming future disasters will look the same as previous ones, the authors went back to the drawing board, reviewing the literature and interviewing 120 experts to identify the features that would identify a micro-organism as a potential threat.

Viruses emerged as the leading candidates because of their high mutation rates along with a lack of broad-based anti-viral drugs – unlike bacteria, which are susceptible to antimicrobials, or fungi, few of which can infect warm-blooded hosts.

In particular they identified RNA viruses as a threat because of their genetic mutability, allowing them to evolve rapidly and stay one step ahead of vaccines and the host immune system.

“There is a strong consensus that RNA viruses represent a higher pandemic threat than DNA viruses,” they write.

https://m.guardian.ng/features/scientists-issue-fresh-warning-on-next-global-pandemic-disease-x/
Posted by Don Okereke at 6:54:00 am