Nigeria And State Complicity With Terrorists, By Dr Ann Mcgregor 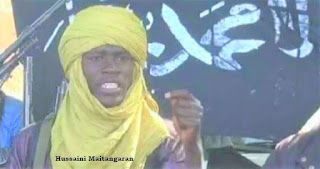 State complicity with terrorists and organized crime gangs are at the heart of instability in the Sahel, Sahara and Lake Chad regions, fomenting conflict and fuelling the rise of Boko Haram kidnapping.


In the past decades, increasing instability in the Sahel, Sahara and Lake Chad has been a source of growing concern in Europe and the United States.

Weakness of state control on these areas allowed Al-Qaeda and other Jihadist groups to establish their influence and establish safe haven.

As in the past, governments are tempted to use Jihadist group and organized crime as a political resource by allowing their allies to benefit from criminal activities, which has clear implication for policy and the region’s instability. The importance of organized criminal activities in the Sahel, Sahara and Lake Chad regions stems from the fact that there are few alternative activities that produce profits and rapid enrichment.

Repeated hostage takings have caused tourism on the Sahel and the Sahara to collapse, thereby further limiting opportunities for employment and profit outside criminal activities.
Kidnapping for ransom has developed into a highly lucrative industry that has allowed AQIM and ISWA (Islamic States of West Africa) Boko Haram and Ansaru become a significant political and military force.

Extrapolating from available information, the income drive by AQIM, MUJAO, Boko Haram and associated mediators is likely to total $100 million dollars since 2008, paid mostly by western and Nigerian governments.

Reports of ransom payment are never officially confirmed by the government concerned and media reports vary on the amount involved, although most range between $1.5 million and $4 million per hostage. The only reliable information in this respect came from the Swiss.

In 2009, the Swiss government authorized the use of $5 million in relation to the negotiations over the release of three of its nationals of which $2 million appears to have been set aside for the ransom payments. Since 2009, the Swiss have perfected the art of private diplomacy to offer themselves as “neutral interlocutors” in many of Africa’s conflicts. That also comes with a price, but one has attracted and discomforted European and US governments is the so called “mediations, ceasefire and release of 105 Dapchi school girls.”

The puzzle and the jigsaw was the manner of the abduction and release.

Boko Haram are keeping in their custody one of the Christian girl among the 110 Dapchi school girls they abducted, Leah Sharibu has refused to renounce her faith.

However western intelligence sources believe Boko Haram and the mediators Swiss and Nigerians are asking the Nigerian government for more money to pay ransom and further release of six high profile Barnawi faction detainees in the custody of Directorate of State Service. This is creating discomfort.

The discomfort stem from the collusion and allegation of corruption between the Nigerian negotiation team made of the Director-General of Department of Security Services, Mr Lawal Daura, the Nigeria’s Interior Minister, General Abdulrahman Dambazau, Ambassador Babagana Kingibe the foreign policy chief and the President’s Chief of Staff, Abba Kyari on one hand and the Swiss Embassy team in Nigeria and personnel of Human Security Department of Swiss Foreign Ministry.

The Swiss intelligence officer, Pascal Holliger along with local accessories, Mustapha Zannah, a lawyer who runs a private school in Maiduguri that gives free education to the orphan-children of Boko Haram fighters — the school was established and funded by the International Islamic Relief Organisation, a Saudi-based charity organization, on United States Department’s list of charities with ties to terrorist organisations and Aisha Wakil, facilitated the ransom payment of €5million euro and swap of top Boko Haram commanders in the custody of Mr Lawal Daura.

Mr Daura made frequent trips to Switzerland, in the last three year facilitated by Mr Holliger. The reasons for the initial trips were the search and recovery of Abacha stolen loot.

Now the hunter is being hunted. Mr Daura is the subject of discreet European investigations on the allegations of operating an off-shore investment account part of the proceeds of ransom fund in the Swiss-German principality, Liechtenstein with Lamda Privat bank under a pseudo-name.

What is further intriguing the investigators is the link between Mr Daura, Holliger, and Mustapha Ould Liman Chafi, a Mauritanian. Chafi was the mediator and ransom conduit in the release of Canadian diplomat, Ambassador Robert Fowler in 2008. The terrorists communicated mainly through ‘Agence Noukchott d’information, Chafi and the Mauritanian New Agency reveals used by AQIM/Ansaru for kidnappings in Nigeria.

On the 8th March 2012, a faction of Boko Haram Ansaru (Barnawi) killed two western hostages in the Northern Nigerian city Sokoto, a British quantity surveyor Chris Mcmanus and an Italian Engineer Franco Lamolinara. This was after British Foreign and Commonwealth Office had paid the sum of more than One Million Pound to Mustapha Chafi to facilitate the release of the hostages. The failure of ransom talk with Chafi according to our source was because the money was tempered with by the mediators.

Despite claim of ceasefire talks between Nigerian government and Boko Haram (Barnawi Faction) affiliated to ISIS or ISWA the attacks has remain unrelenting. The way Daura traded High Profile terror Suspects in his custody along with millions of euros are a cause for concern.

The biggest concession made so far is the release of Hussaini Maitangaran, who spearheaded several deadly attacks in Kano, including Central Mosque attack, which killed more than 1,000 people. He was arrested by the DSS on 31th August 2017. The release was part of Dapchi school girls swap deal.

Will the specially designated global terrorist Khalid Al Barnawi accused of killing ten westerners be part of the exchange swap? The UK, US, EU and UN are watching.

One western diplomat said: “actors involved in the fraudulent negotiations with terrorists are currently wielding decisive political and military positions in Nigeria and are influential players in the security sector.”

Written by: Ann Mcgregor, an expert in global security and intelligence
Posted by Don Okereke at 6:33:00 am