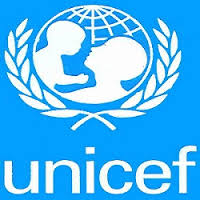 The United Nations Children Education Fund (UNICEF) has said in a report that children in Nigeria, South Sudan, Yemen, and around the world are becoming more endangered species as they are often exposed to the risk of death and severe injuries in conflict zones.
It said this occurred because parties to conflicts blatantly disregarded international laws designed to protect the most vulnerable.

The report said children were being targeted and exposed to attacks and brutal violence in their homes, schools and playgrounds.
In a statement wednesday, UNICEF Director of Emergency Programmes, Mr. Manuel Fontaine, said: “As these attacks continue year after year, we cannot become numb. Such brutality cannot be the new normal.”
It said in conflicts around the world, children had become frontline targets, used as human shields, killed, maimed and recruited to fight. Rape, forced marriage, abduction and enslavement have become standard tactics in conflicts from Iraq, Syria and Yemen, to Nigeria, South Sudan and Myanmar.
According to UNICEF: “In some contexts, children abducted by extremist groups experience abuse yet again upon release when they are detained by security forces. Millions more children are paying an indirect price for these conflicts, suffering from malnutrition, disease and trauma as basic services – including access to food, water, sanitation and health – are denied, damaged or destroyed in the fighting.”
Giving a data of assaults on children in the year 2017, the global body said: “In Afghanistan, almost 700 children were killed in the first nine months of the year. In the Central African Republic, after months of renewed fighting, a dramatic increase in violence saw children being killed, raped, abducted and recruited by armed groups.
“In the Kasai region of the Democratic Republic of the Congo, violence has driven 850,000 children from their homes, while more than 200 health centres and 400 schools were attacked. An estimated 350,000 children have suffered from severe acute malnutrition. In North-east Nigeria and Cameroon, Boko Haram has forced at least 135 children to act as suicide bombers, almost five times the number in 2016.
“In Iraq and Syria, children have reportedly been used as human shields, trapped under siege, targeted by snipers and lived through intense bombardment and violence. “In Myanmar, Rohingya children suffered and witnessed shocking and widespread violence as they were attacked and driven from their homes in Rakhine state; while children in remote border areas of Kachin, Shan, and Kayin states continued to suffer the consequences of ongoing tensions between the Myanmar Armed Forces and various ethnic armed groups.
“In South Sudan, where conflict and a collapsing economy led to a famine declaration in parts of the country, more than 19,000 children have been recruited into armed forces and armed groups, and over 2,300 children have been killed or injured since the conflict first erupted in December 2013.
“In Somalia, 1,740 cases of child recruitment were reported in the first 10 months of 2017.
“In Yemen, nearly 1,000 days of fighting left at least 5,000 children dead or injured, according to verified data, with actual numbers expected to be much higher. More than 11 million children need humanitarian assistance. Out of 1.8 million children suffering from malnutrition, 385,000 are severely malnourished and at risk of death if not urgently treated.”
The global body called on all parties to conflicts to abide by their obligations under international law to immediately end violations against children and the targeting of civilian infrastructure, including schools and hospitals.
UNICEF also called on states with influence over parties to conflict to use that influence to protect children.
Meanwhile, the United Nations Population Fund (UNFPA) has said it assisted 1.6 million people affected by insurgency in collaboration with Borno Ministry of Women Affairs in 2017.
A statement issued by Ms Kori Habib, Media Associate, UNFPA Nigeria, said many health facilities were also supported within the period under review.
According to the statement, about 59,000 deliveries were performed in 2017 in the supported health facilities.
It said the agency also reached about 337,000 with Gender Based Violence prevention and response programmes.
The statement, which obtained by the News Agency of Nigeria (NAN), quoted Dr Diene Keita, UNFPA Representative in Nigeria, as disclosing these during her first official visit to Borno for a first hand assessment of UNFPA’s activities on ground.
She added that the country representative was accompanied by the Deputy Representative, Dr. Eugene Kongnyuy; the Media Associate, and Humanitarian Officer.
It said the representative visited Muna Garage and Farm Centre IDPs camps.
“Some of the services rendered in those camps are the Safe Space, which provides a platform through which women and girls meet on a daily basis to rebuild their networks and make friends.
“The safe space avails the IDPs an opportunity to discuss their concerns, acquire life skills including information on various issues such as gender based violence, HIV and AIDS, reproductive health, hygiene and sanitation,’’ it said
It said the safe space operates between 9a.m and 4.30p.m throughout the weekdays.
It added that UNFPA trained and deployed three PSS (Psychosocial Support) and two community mobiliser volunteers who jointly manage daily activities organised at the safe space.
It noted that the state, through UNFPA support, have provided permanent structures as safe spaces in Kaga, Munguno, Bama and Damboa local government areas.
The statement quoted the Country Representative as saying that UNFPA has been in Borno long before the insurgency.
“We can use our experiences before and after to guide our programme moving forward,’’ she said.
Keita therefore appealed to the UNFPA humanitarian hub staff to appreciate the cultural and social norms of the people in the area.
She said Borno was the most affected by the humanitarian crisis in North East Nigeria with 80 per cent of the 1.8 million Internally Displaced (IDPs) being in the state.
According to her, UN estimates that 8.5 million people are in need of humanitarian assistance in 2017 in the worst-affected states of Borno, Adamawa and Yobe.
“Those affected in camps are women, girls and young people are severely affected with 54 per cent of the IDPs being female and 56 per cent below the age of 18 years.
“The humanitarian situation exposes IDPs, especially women and girls, to protection risks with limited access to reproductive health and gender-based violence prevention and response services,” Keita said.
Culled from: THISDAY NEWSPAPER
Posted by Don Okereke at 10:46:00 am