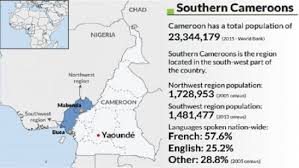 Cameroon's military freed 17 of its citizens held hostage by armed groups from the Central African Republic. One person was killed and four were wounded in a confrontation between the military and the kidnappers. The country say hundreds of its citizens are still in captivity.


This ambulance rushes with people said to have been wounded in armed confrontations between Cameroon's military and armed groups from the Central African Republic on the border of the two central African states.

Doctor Yali Bin Yamazani at a Norwegian missionary hospital in the Cameroonian town of Ngaoundere says all of them suffered bullet wounds.

He says the four wounded patients are not in danger even though they have fractured arms and legs.

Ahmed Ousseni, a 24-year businessman, says they were wounded when the Cameroon military attacked a base of an armed group from the Central African Republic that held him and some of his friends hostage in the bush for two months.

He says the armed men kidnapped five of them after storming their village and shooting indiscriminately in the air. He says while in the bush, five other villagers were brought and detained with them. A month later, the kidnappers brought another men to make a total of 18 hostages.

Kildadi Taguieke Boukar governor of the Adamawa region of Cameroon, says the government has taken the necessary security measures to protect the population as they continue additional operations to free dozens of others believed to be still held hostage in the bush.

He said by freeing 17 of the 18 hostages, the military has shown it is at the service of Cameroonians wherever they are, and that it will continue to protect citizens and do what is needed to free every hostage.

The military says some of the militants escaped to the Central African Republic, and several disguised in Cameroon military uniforms were killed.

Armed groups from the Central African Republic have been infiltrated Cameroon to seize cattle ranchers and business men to extort ransom from their family or steal their property.

Before 2014, when sectarian violence escalated between the Muslim and Christian militias, anti-Balaka soldiers from CAR were attacking Cameroon to force the release of Abdoulaye Meskine and 10 other militants arrested in Cameroon in 2013.

Cameroon shares a 900-kilometer boundary with the landlocked CAR and presently hosts 350,000 refugees from the neighboring state.

The United Nations this month said the security and human rights situation in CAR was starting to deteriorate after a series of major incidents rocked the capital Bangui.