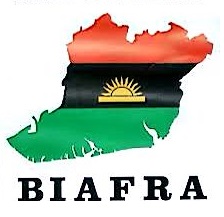 It said the Exercise Python Dance II “is conceptualised to transit into real time operations…against violent criminals and agitators when called upon.”

A statement signed on behalf of the Chief of Army Staff, Lieutenant General Tukur Yusufu Buratai, by the Army Chief of Training and Operations, said the conduct of the exercise Python Dance II in the South East states has become even more expedient due to the “mindless assassinations (even in religious places), attack on security personnel, theft of weapons, armed banditry, kidnapping, cultism and violent agitations, as well as other security challenges that have recently become prevalent in the South Eastern part of the country.”

It said, during the exercise, emphasis will be placed on raids, cordon and search operations, anti-kidnapping drills, road blocks, check points and show of force, as well as humanitarian activities such as medical outreach.

It also said that the “Operation EGWU EKE II is set to be another epoch making exercise that would make the nation proud of the Nigerian Army’s determination at sustaining its constitutional role of defending the territorial integrity of the nation as well as its commitment to aid the civil authority to bring about peace and security in the south eastern part of our dear country.”

It said, “In this regard, members of the public especially the residents of Abia, Anambra, Ebonyi, Enugu and Imo States are enjoined not to panic as their safety and well-being is guaranteed at all times. The general public is requested to remain vigilant and be security conscious, as suspected criminals may be fleeing from military operations in these areas and finding safe haven amidst our communities.

“The public is also reminded to report any suspicious activity or movement to the nearest military formation or other security agencies for prompt action. In order to ensure cordial civil-military relations, we shall make contact phone numbers of all Brigade Commanders public in addition to the Nigerian Army short code Information and Call Centre 193.”