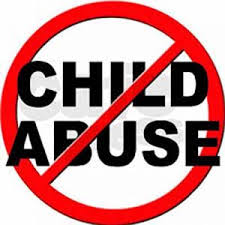 The Lagos State Government has launched a short code to help report cases of domestic violence and child abuse.

This was revealed on Tuesday at a press conference to commemorate the Domestic and Sexual Violence Awareness Month.
Speaking at the event, Lagos State Attorney General and Commissioner for Justice, Adeniji Kazeem, who is also the Chairman of Domestic and Sexual Violence Response Team (DSVRT), said the state has concluded plans to launch a short service code to help residents report cases of domestic violence, sexual abuse, child abuse and other related offences with ease.
He demonstrated how to use the short code, saying one only has to dial *6820# or send a text to 6820 with the subject of the complaint, for example, “Child Abuse.” He said:

Anybody that needs to report a case of child abuse, rape or domestic violence or requires a child or a woman to be rescued can make use of the platform and should receive timely and accurate information

Kazeem added that initiative is aimed at ensuring victims of all forms of abuse reach out to the appropriate agencies and receive timely information on what to do and where to get assistance.
Culled from: BellaNaija
,
Posted by Don Okereke at 4:03:00 pm