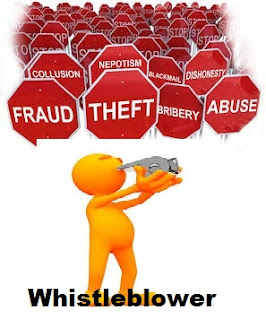 It is certainly a season of mind-boggling cash hauls in Nigeria. Thanks to a Whistle Blower, the Economic and Financial Crimes Commission, EFCC, recently unraveled a staggering $43.4 million (about N14 billion) warehoused inside the infamous ‘’Apartment 7B’’ at Osborne Towers, Ikoyi, Lagos. Prior to the #IkoyiGate cash haul, the EFCC also uncovered bundles of naira notes totaling about N450 Million inside ‘Ghana-must-go’ bags at shop LS64 Legico Plaza, Nigerian Air force Camp, Victoria Island, Lagos State. A whopping $9.8 million (about N3 billion) was also recovered from the former Group Managing Director of the Nigerian National Petroleum Corporation, NNPC, Mr. Andrew Laah Yakubu, on February 3, 2017; while N250 million was hauled from the popular Balogun Market, also in Lagos. Not forgetting the N49 million cash that was reclaimed by the EFCC at the Kaduna Airport a while ago. The federal government also submits that $151 million (N46 billion) was seized from a fake account in an unnamed commercial bank. All in all the Nigerian government brags that thanks to the whistleblowing policy, at the conservative parallel market rate of N306 to the US dollar, the least value of the humongous cash so far confiscated amounts to N73 billion in the last four months (December 22, 2016 to April 2017).
Whistleblowing is undoubtedly the trending buzzword in Nigeria. As a matter of fact, the policy recently led to the discovery of counterfeit and unregistered products worth over N200 million in Ota, Ogun State by the National Agency for Food and Drug Administration and Control (NAFDAC).

Information available at the Federal Ministry of Finance, FMF website says the whistle blowing programme is ‘’designed to encourage anyone with information about a violation of financial regulations, mismanagement of public funds and assets, financial malpractice, fraud and theft to report it.’’ The Nigerian whistleblowing policy encourages whistleblowers to provide information in respect of (1) mismanagement or misappropriation of public funds and assets, (2) collection or soliciting of bribes, (3) diversion of revenues, (4) making of fraudulent and unapproved payments, (5) splitting of contracts, and (6) procurement fraud, amongst others. Individuals with “authentic information about violation, misconduct, or improper activity which can impact negatively on the Nigerian people and Government” can report it through any of the following channels – FMF-Whistle secure website (http://whistle.finance.gov.ng), email (whistle@finance.gov.ng) or by Phone (+2349098067946). For phone calls: Monday - Friday 10.00am to 3.00pm except on public holidays).

With a promise to give a whistleblower responsible for providing information that directly leads to the return of looted fund or asset anywhere between 2.5-5.0% of the value of the recovered looted fund or asset, whistleblowing is arguably the most lucrative career in Nigeria right now. In order to qualify for the reward, the whistle blower must provide the government with information it does not already have, and could not otherwise obtain from any other publicly available source to the government.’’ The Nigerian government says its whistleblowing platform received a total of 2,251 communications - enquiries, tips, compliments and general advice from the public. In essence, 282 Nigerians provided 154 actionable intelligence in three months (December 22, 2016 to April 2017). Not to be outdone, the Inspector General of Police, Mr. Ibrahim Idris recently urged whistleblowers to report the misconduct of policemen to the appropriate quarters. Members of the public can report malfeasance and corrupt tendencies of Nigeria Police personnel to the Police Complaint Rapid Response Unit (PCRRU), through any of these - phone lines, SMS, WhatsApp, Blackberry Messenger (BBM), Emails, Facebook, Twitter platforms.

Whistleblowing, Panacea For Mopping Up Illegal Weapons in Nigeria?
Encouraged by the seeming success of whistleblowing in recovering looted funds, Nigeria’s National Security Adviser, NSA, Major General Babagana Monguno is said to be tinkering a whistleblowing template that will boost the prevention and mopping up of the surplus illegal weapons in Nigeria. Recall that during the launch of the integration of Nigeria into the ECOWAS-EU small arms project, held at the ECOWAS Commission, Abuja on February 19, 2017, the Chairman of the Presidential Committee on Small Arms and Light Weapons, (PRESCOM), Ambassador Emmanuel Imohe, bandied a conservative guesstimate of over 1.3 million illicit weapons in Nigeria.

Let us not get overly excited over the efficacy of whistleblowing in reining in proliferation of weapons in Nigeria. I give a couple of classic example. In the Niger Delta, parts of Southern Kaduna and the middle belt (Benue, Nasarawa, Plateau states) ravaged by sporadic herdsmen-farmers internecine conflict, locals seldom trust government security agencies to protect them hence they resort to self-defence. Common sense reckons that it is somewhat improbable for these locals to snitch or blow the whistle on members of the community to stockpile cache of weapons with which they would use to fight off intruders. Similarly, it is an open secret that some notorious criminals and fêted militant leaders declared wanted by Nigerian security agencies walk freely. Their communities, friends and loyalists mark their birthdays in grand style. People, including security agents see them but it appears everyone turns a blind eye.

Whistleblowing in Nigeria, A Risky Adventure

Through open source intelligence, I figured out that the whistleblower who tipped off the EFCC on the money warehoused in ‘’Apartment 7B’’, is plausibly a security guard who worked at the posh Osborne Towers. This calls into question the best practice of utmost privacy in such issues. With this information, it is not impossible to unravel the identity of this supposed whistleblower. Unless he relocates abroad, having blown his cover, dude will probably not be sleeping with both eyes closed henceforth. A typical corrupt Nigerian ‘big man’ is unscrupulous, desperate, vindictive, and bloodsucking; human life means nothing to them hence eliminating anyone who snitches or stands on their way is elementary. This is why protection of whistleblowers is very important especially in our clime where insecurity is pervasive. More often than not, Nigerians are wary of reporting suspicious persons or activities to the security agencies because confidentiality is not always guaranteed. There are instances where people report goings-on to the police and before you say Jack, the suspect tracks down the individual who reported the matter to the police. This means that an insider privy to the event leaked the information to the suspect, usually at a fee. Only a whistleblower that is not driven by pecuniary interest in which case she or he hides under anonymity or one that is kamikaze will damn the consequences of his actions. In the absence of a whistleblowing protection law, a Nigerian whistleblower is on his own, what is referred to ‘’OYO’’ (On Your Own) in our local parlance. It is definitely not a job for the faint-hearted. Recall that a whistleblower, one Mr. Aaron Akase, a staff of Police Service Commission, PSC, who reportedly revealed serious allegations of possible fraud in the PSC but was humiliated, placed under indefinite suspension from work without salaries and faces threats to his life. The case of the suspended House of Representatives member, Mr. Abdulmumin Jibrin who leveled allegations of ‘’budget-padding’’ on the leadership of the House of Representatives is another classic example of the hunter becoming the hunted.

Whistleblowing best practice demands that inter-alia whistleblowers must be safeguarded against any form of retaliation - threats, harassment and demotion, amongst others while also ensuring confidentiality to the fullest extent possible and ability to anonymously report malfeasance and corrupt tendencies. The Nigerian government should take a cue from the United States ‘’Whistleblower Protection Act’’, a federal law that protects federal whistleblowers who work for the government and report agency misconduct. A US federal agency violates the Whistleblower Protection Act if it takes or threatens to take retaliatory action against any employee/applicant because of disclosure of information by that employee/applicant. Also, President Barack Obama’s Presidential Policy Directive 19 (PPD-19), titled "Protecting Whistleblowers with Access to Classified Information", ensures that employees (1) serving in the Intelligence Community or (2) who are eligible for access to classified information can effectively report waste, fraud, and abuse while protecting classified national security information and prohibits retaliation against such employees. Despite the aforementioned laws in the United States guaranteeing protection and safety, it is not a piece of cake being a whistleblower in the States how much more in Nigeria where a whistleblower protection law is wanting.

Our problem in Nigeria is not paucity of good policies but implementation and penchant to put the cart before the horse. The Ministry of Finance will do well to articulate a comprehensive policy rather than simply providing whistleblowing frequently asked questions (FAQ). While the government basks on the success of the whistleblowing policy, it must ensure that the programme is sustainable and that whistleblowers are guaranteed protection from intimidation, threat or victimization. A Whistleblower Protection Bill was passed by the 7th National Assembly in 2015, and a sequel sponsored by Senator Biodun Olujimi meant to protect persons who expose financial improprieties and corruption in public and private organizations also passed second reading in the Senate since October 2016. On this note, we urge the Senate to liaise with President Buhari to ensure speedy signing of the bill into a law. This will encourage more whistleblowers to come forward. It is not enough to recover so-called looted funds or illegal weapons, it is important that Nigeria’s criminal justice system is rejigged to ensure diligent prosecution of culprits, swift dispensation of justice while also ensuring that the rule of law prevails.

Whistleblower definition as it sounds as whistle-blower refers to the person who “blow the whistle” or “Raise the Voice” against anything which is not Right or not legal.