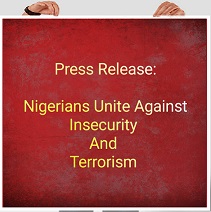 
Preamble:
The pervasive, unrelenting violent extremism, insecurity – wanton kidnapping, militancy, extrajudicial killings, herdsmen – farmers’ imbroglio in Nigeria is to say the least, very distressing and has far-reaching national security ramifications. We strongly decry Nigeria’s persistent drift towards the precipice and we fervently advocate for urgent, decisive and holistic solutions brainstormed to rein in the aforesaid goings-on rather than kneejerk approaches. It is depressing that life expectancy in Nigeria is tenably 52.11 years, the value of life continues to depreciate and there’s seldom outrage when scores of innocent Nigerians are randomly hacked to death. Insecurity, criminality and impunity festers in Nigeria because of weak institutions, paucity of innovative ideas, lack of political will and finger-pointing in the corridors of power.

1.    An indicative rather than definitive data by the Nigeria Security Tracker (NST), a project run by the Council on Foreign Relations' (CFR) estimates that plausibly 20,000 people have died as a result of Boko Haram insurgency and terrorism.

2.     The Global Terrorism Index ranked Fulani militants as the fourth deadliest terror group in world. The GTI asserts that Fulani herdsmen killed about 1,229 people in 2014.

3.     A recent critical report by the United States accuses government at all levels in Nigeria of inter alia: brutality, arbitrary detention, injustice, brutality, unbridled bribery and extrajudicial killings amongst others.

4.     Nigeria’s erstwhile Attorney-General and Minister of Justice, Mr. Mohammed Adoke, pointedly accused the Nigeria Police Force of being responsible for not less than 7, 108 deaths in the last four years as at December 2012.

6.     About 92 armed herdsmen were reportedly arrested by soldiers at checkpoints around Abuja with dangerous weapons.

Nigerians Unite Against Insecurity And Terrorism hereby recommends that:

2.     The current administration MUST be forthright and decisive on herdsmen-farmers fracas. Though a belated order for deployment of troops in hotspots across Nigeria where herdsmen – farmer clashes are rife was recently made, the hitherto resonating silence of Mr. President on this unbecoming. It smacks insensitivity, abdication of responsibility for Aso Rock to keep mum when hundreds are slaughtered in Agatu and other parts of the country but hurries to commiserate with foreign countries threatened by terrorists.

3.     The security agencies MUST synergize, unveil a holistic road map towards reining in unprecedented insecurity in Nigeria. We recommend that henceforth, Ministers, public office holders be given “Mandate Letters” outlining specific deliverables and routinely appraised. Take a cue from a Mandate Letter given to Canadian Minister of National Defence’.

4.     The much bandied ‘’National Grazing Bill’’ must not be a pretext for sequestering swathes of land from the original owners to make room for another to feed his livestock. Since cattle herding is a commercial enterprise, it behooves on cattle owners, the Miyetti Allah Cattle Breeders Association of Nigeria (MACBAN) to borrow a leaf from cattle herders in Australia, New Zealand, the Netherlands amongst others by adopting technology and global best practice - establish cattle ranches rather than wandering from one part of the country to the other.

5.     Soft-regulation of the Private Security Industry will help stem the tide of insecurity in Nigeria. A proposal shall be submitted to this effect.

6.     Security agents MUST shun partisanship, display uncommon professionalism, patriotism. Nigeria will be safer if the DSS hitherto channeled the alacrity it deployed in 'unraveling' the alleged Abia killings into sorting out killings in Agatu, Taraba and other parts of the country.

8.     Nigerians must resist resorting to self-help, reprisal attacks and do away with ‘’jungle justice mentality’’. An accused is presumed innocent until proven guilty by competent court.

Let’s be our brother’s keeper. Give peace a chance! Nigerians Unite Against Insecurity and Terrorism. See something, hear something, say something!!!