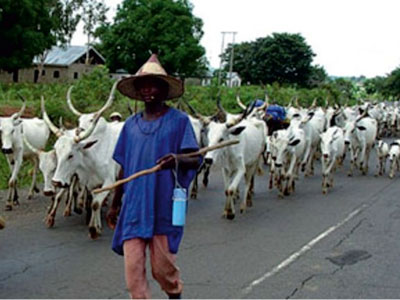 
Among those killed in the Shiroro attack, suspected to have been orchestrated by Fulani herdsmen, are the district head, his brother and a police Inspector serving with the Alawa division.

Also, a deadly Kogi robbery yesterday claimed the lives of two policemen and two staff of a new generation bank at Ogaminana in Adavi Local Government council of the state. The robbers carted away N25 million meant for payment of salaries of council workers. The money, which was being conveyed in a Honda Civic car before the attack, was snatched at a very bad section of the road where potholes had forced the car to move at snail speed.

An eyewitness said the hoodlums swooped on the vehicle and its occupants after firing several gunshots which hit the deceased. The incident happened at about 10 am in the morning.

Armed with sophisticated weapons, including AK47 guns and other dangerous weapons, the Shiroro attackers, had invaded the town at about 10 pm and made their way straight to the house of the district head where he was dragged out of his palace and slaughtered.

His brother, who is said to be living with him, was also killed in similar manner.
Although the attackers are believed to be Fulani herdsmen, unconfirmed reports, however, said they could be fleeing Boko Haram members who were dislodged from the Sambisa forest in the ongoing operation by the Nigerian Military.

Eyewitness said the invaders, who came in their large numbers, also set more than 25 houses on fire and injured scores of others before running into the bush. The operation was said to have lasted several hours with no help coming from security agents.

It was unclear why the village was attacked, as there was no history of friction between members of the community and fulani herdsmen in the locality.

However the Police Public Relations Officer of the Niger State Police Command, Bala Elikana, an assistant Superintendent of Police (ASP), who confirmed the incident expressed shock and sadness at the loss of innocent lives. Elikana said that the command has not been able to confirm the number of casualty but said a policeman was among those killed.

Source:
Guardian Newspaper
Posted by Don Okereke at 7:35:00 am