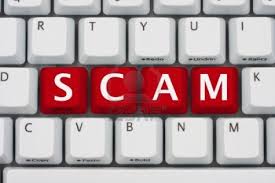 Six Nigerian nationals have been extradited from South Africa for their alleged role in Internet scams involving dating websites work-at-home schemes, the US Department of Justice said Monday.


A total of 20 defendants are charged in the case, for their alleged involvement in a variety of schemes such as fake online relationships with victims who were asked to ship and receive merchandise purchased with stolen credit cards and banking information.

The six extradited defendants face nine charges in the US state of Mississippi for the alleged activities which began as early as 2001. “The defendants identified and solicited potential victims through online dating websites and work-at-home opportunities,” the department said in a statement.

Three defendants have already been convicted for their roles while six await trial and two remain on the run. The United States is working to extradite three other Nigerians involved in the case.