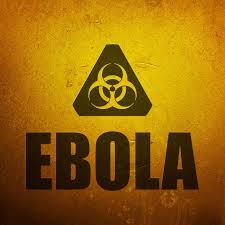 Following the resurgence of the Ebola Virus Disease (EVD) in Liberia at the weekend, the federal government on Wednesday urged Nigerians to remain vigilant and adhere to hygienic and other preventive measures to guard against the deadly disease.


This is just as Liberia, which on May 9 was declared Ebola-free by the World Health Organisation (WHO), reported a second case of the deadly virus on Tuesday.

Last August, a Liberian national, Patrick Sawyer, imported the disease from his country to Lagos, Nigeria, resulting in the infection of 19 persons and seven deaths in the country.

Nigeria won global praise for moving swiftly to contain the virus, as it was initially feared that the disease could turn to an epidemic in a densely populated city like Lagos.

According to reports from Liberia, a 17-year-old boy died on Sunday in Nedowein, a village near the country’s international airport, 30 kilometres, south of the capital Monrovia.

The boy has since been buried but Liberian health officials were worried that he may have transmitted the virus to many other people who came in contact with him.

There were more fears that the herbalist who first attended to the 17-year-old was on the run, a situation that has created tension among Liberian authorities.
But the Liberian Deputy Health Minister, Tolbert Nyensuah, was quoted as saying that there “is no need to panic”.

“We are investigating to know the origin of this new case. We ask all Liberians and all other nationals living in Liberia to continue taking the preventive measures,” Nyensuah stressed.

Reacting to the development, the Permanent Secretary, Federal Ministry of Health, Mr. Linus Awute, said on Wednesday that though there was need for awareness, there was no cause for alarm.

In a statement issued by the Director of Press and Public Relations in the ministry, Mrs. Ayo Adesugba, Awute said: “Nigerians should not panic but must be aware and vigilant. Members of the public are advised to observe basic hygiene and report any suspected case to the nearest health facility.

“It must be noted that the main symptoms of the Ebola Virus Disease are fever, severe headache, abdominal pain, vomiting and diarrhea. Patients in some cases, also have neurological symptoms of becoming confused and restless.”

He added: “In order to address the challenges of the developments in neighbouring Liberia, the Federal Ministry of Health is reactivating its response mechanism and increasing the level of its alert.”

He directed all state Ministries of Health and health facilities nationwide to raise their alert level and report any suspected case to the Federal Ministry of Health.

According to the health ministry, “The resurgence of the Ebola virus in Liberia confirms that the disease is still circulating in that country and transmission from person-to-person is possible.”
The new cases have raised anxiety across the globe, placing Liberia once again on the radar of global health authorities.

There were also fears that a resurgence of Ebola in Nigeria may spell doom, given the challenging economic environment in the country.

To make matters worse, questions have been raised over the management of funds running into billions of naira which Nigerian ministry officials have been accused of siphoning.

Also commenting on the latest outbreak of the disease, US Assistant Secretary of State for African Affairs, Linda Thomas-Greenfield, said yesterday in a video conference watched across West Africa that the new Ebola death was a signpost that the business of combating Ebola was yet to be concluded.

Thomas-Greenfield said considering the resurgence of the disease in Liberia, the new case “is a warning to us that the job is not done”.

Her comment came on the heels of the confirmation of a second case of the Ebola virus in Liberia on Tuesday, just two days after authorities said they had detected a new case of the deadly virus previously thought to have been eliminated from the country.

He did not provide details of the new cases. However, a message from a social media account of the Liberian information ministry said that two people from the 17-year-old teenager’s home had been confirmed as Ebola positive.

According to reports by Reuters/News Agency of Nigeria (NAN), it was not immediately possible to verify the information nor was it clear if this included the case cited by Massaquoi.
Since the cross-border outbreak of the Ebola disease in December 2013, the virus has killed more than 11,200 people. Twenty new cases were reported in the week to June 21 in Guinea and Sierra Leone.

Source:
ThisDay Newspaper
Posted by Don Okereke at 7:31:00 am

Email ThisBlogThis!Share to TwitterShare to FacebookShare to Pinterest
Labels: Ebola Outbreak, News, what you need to know about Ebola