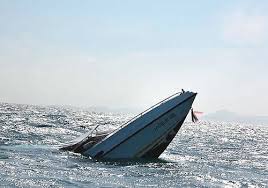 LAGOS —Tragedy struck, yesterday, at Irawe area of Ojo, Lagos State, after a canoe conveying 14 schoolchildren capsized. Six children reportedly drowned, while eight others, including the driver, were rescued.


The incident occurred after a fibre canoe reportedly ran into the passenger boat at about 9 a.m.
At press time, the rescued children , some of whom were said to be primary school pupils and secondary school students, were responding to treatment at Igando General Hospital.

However, three of them said to have swam their way to safety, were discharged from the hospital at about 5p.m.
Officials of Lagos State Emergency Management Authority, LASEMA, who were contacted, reportedly stormed the scene to commence rescue operation.

However, at 7p.m., the bodies of the six missing children, suspected to have drowned, were yet to be found.
Confirming the incident, LASEMA’s General Manager, Dr. Femi Oke-Osanyintolu, said the tragedy occurred at Irawe area when a fibre boat collided with a canoe conveying 14 children to their destination.

Oke-Osanyintolu disclosed that eight children and the driver had been rescued alive, with five of them taken to Igando General Hospital and three discharged.

He said six other children were still missing and that rescue operation was still on to remove the children from the water.

No live jacket
The General Manager lamented that the children were not putting on live jacket when the accident occurred, saying the rescue operation was carried out by the Local Emergency Committee, led by the Executive Secretary of Ojo Local Government Area.
He added that LASEMA officials and others were still combing the water to see if they could get the other children.

South-West spokesperson for National Emergency Management Agency, NEMA, Ibrahim Farinloye, also confirmed the incident.
He said: “The 14 school children were being conveyed across Ojo to Irawe jetty. Six children are yet to be recovered as I speak. Searches will continue tomorrow (today).”

Source:
Vanguard Newspaper
Posted by Don Okereke at 7:06:00 am