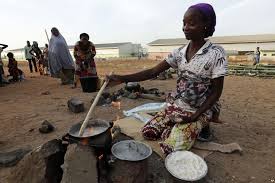 Introduction
Although there is no strict legal definition as there is for a refugee but the  United Nations Report - Guiding Principles on Internal Displacement defines an Internally displaced people/persons (also referred to as DPRE in many civil and military parlance) as people or groups of people who have been forced or obliged to escape or to leave their homes or places of habitual residence, in particular as a result of or in order to avoid the effects of armed conflict, situations of generalized violence, violations of human rights or natural or human-made disasters, and who have not crossed an internationally recognized State border.
Please note that an internally displaced person (IDP) should not to be confused with the term "displaced person," which may encompass both internally displaced persons and refugees. The United Nations Refugee Agency (UNHCR) asserts that internally displaced persons or IDPs as they are sometimes referred to are among the world’s most vulnerable or defenseless people. According to the UNHCR, by the end of 2014, a record-breaking 38 million people were forcibly displaced within their own country by violence.

Boko Haram Effect: Internally Displaced Persons, Camps in Nigeria
Amnesty International estimates that at least 17,000 people have been killed since Boko Haram escalated its insurgency in northern Nigeria in 2009. Sequel to intermittent Boko Haram attacks on Borno towns, villages (Gwoza, Damboa, Askira Uba, Damboa and Chibok), Adamawa (Madagali, Mubi, Gulak, Basa, Shua, and Michika),  and Yobe and pockets of communal violence in parts of Taraba, Plateau states, millions of Nigerians have fled their homes and manage to eke out a living in IDP Camps.

Figures released by the Internal Displacement Monitoring Centre (IDMC), an offshoot of the Norwegian Refugee Council (NRC), an independent, non-governmental humanitarian organization as of April 2015, ‘’estimated that about 1,538,982 people that fled their homes in Nigeria were still living in internal displacement camps scattered across Nigeria. In its ‘Global Overview 2014 report’, the Internal Displaced Monitoring Centre (IDMC) posited that Nigeria has Africa’s highest number of persons displaced by Conflict, ranking behind Syria and Colombia. The aforesaid figure comprises people displaced as a result of fierce attacks by Boko Haram militants in north-eastern Nigeria, the government-led counterinsurgency operations against the group, sporadic inter-communal clashes and natural hazard-induced disasters’’ and also includes the additional 47, 276 IDPs in Plateau, Nasarawa, Abuja (FCT), Kano and Kaduna which was collated by Nigeria’s National Emergency Management Agency (NEMA) in February 2015 (IOM/NEMA, February 2015). According to Relief Web, the influx of IDPs into Yola metropolis compelled the Adamawa State Emergency Management Agency (ADSEMA) to open IDP camps at Children's home Karewa, NYSC orientation camp in Girei LGA to accommodate the increasing number of IDPs.

Concern Over Purported Disbandment of IDP Camps
Inter-alia, a report credited to NEMA (National Emergency Management Agency) to the effect that ‘’90% Of IDP Camps have been closed down’’ is worrying and prompted this writer to pen this piece. The Director General of the NEMA, Mohammad Sani-Sidi was quoted as saying that, ‘’with the successes so far recorded by the military in the Boko Haram war in the north-eastern part of Nigeria, more Internally Displaced Persons (IDPs) camps have been collapsed and closed down’’.

The above statement is disturbing because literarily speaking; no single day passes without a town, community or village in North-Eastern Nigeria been attacked by Boko Haram militants. To cite some recent random instances, on Friday 24/07/2015, gunmen suspected to be Boko Haram militants stormed three villages - Kopa, Maikadire, and Yaffa) in Adamawa State on motorcycles killing at least 25 people. A while ago, Boko Haram militants attacked a Borno village, killing 18 and torched several houses. Granted Boko Haram no longer occupies swathes of Nigerian territory as they used to few months ago but their recent sporadic suicide bombing campaigns and pockets of attacks on villages, places of worship and markets is a pointer that the Sect has reverted its tactics to its erstwhile asymmetrical or guerrilla warfare which is much more difficult to rein in.

Question is: were the internally displaced persons (IDPs) ejected from the IDP Camps or did they leave on their own volition? If they were coaxed into going back to their homes, did the authorities carry out risk assessments, security mapping to determine the possibility of further attacks on them by Boko Haram? How safe are the enclaves they are returning to?

Exploitation of Internally Displaced Persons:
There are concerns, allegations that internally displaced persons and IDP camps in Nigeria have become a cash cow to unscrupulous government officials and their collaborators. In his open memo to Nigeria’s Vice President – Professor Yemi Osinbajo on the deplorable conditions of Internally Displaced Persons across 17 camps in Borno State, Mr. Kayode Ogundamisi chronicled how whistleblowers working directly with internally displaced persons furnished him with details of exploitation, malfeasance, corruption (exaggeration of numbers of the IDPs, misappropriation of funds meant for IDPs for personal aggrandizement), and diversion of food, other items meant for the IDPs amongst others. He contends that IDPs are usually lodged in overcrowded secondary school premises or dilapidated buildings with no potable water, mosquito nets, no electricity, protection from the harsh environmental conditions – with temperatures of about 37 degrees Celsius, and worst still, the camps lack adequate security.

Mr. Kayode Ogundamisi recommends building of permanent structures or rugged tents for the IDPs, improving the quality of food and healthcare/psychological support provided to IDPs, ensuring that education is available, reining in drug addiction/prostitution, ensuring that the IDP Camps are safe and very importantly, to investigate funds and remittances disbursed to IDP Camps.

Channels Television also reported that displaced persons at the Internally Displaced Persons (IDPs) camp in the Durumi area of Abuja, Nigeria’s capital, say they have been abandoned by the government. The displaced persons say ‘’the government has not lived up to its responsibility and that agencies of government had been making life more difficult for them, raiding, extorting and threatening them with eviction’’.

Also citing a report from the International Centre for Investigative Reporting, Leadership Newspaper editorial corroborates the twin evils of child trafficking and rape being perpetrated in internally displaced persons (IDP) camps in Nigeria. The newspaper echoes that the 2003 Trafficking in Persons Law Enforcement and Administration Act as amended in 2005 and the Child Rights Act criminalizes the aforesaid criminal acts and calls on relevant government agencies to prosecute culprits.

Health Crises in IDP Camps:
Ratidzai Ndhlovu, UNFPA Country Representative postulates that the number of births recorded among internally displaced persons in Nigeria would hit 60,000 by the end of 2015. UNICEF’s April 2015 report titled ‘Missing Childhoods’ succinctly posited how children in the IDP camps showed an 18% threshold of malnutrition, higher than a global emergency threshold of 15%. And since the IDP camps are ill-equipped and unhygienic at best, malaria, typhoid fever, cholera, measles, STDs and even HIV amongst others are said to be rampart in the camps. As is always the case, victims of Boko Haram insurgency will certainly be traumatized and will need a lot of help, counseling and medical attention. The priority needs remain around food, health, protection, water, sanitation, and hygiene (WASH) activities in host communities’ hence humanitarian partners are calling for urgent action to alleviate the suffering of internally displaced persons in Nigeria.

We immensely appreciate the sacrifices and resilience of the Nigerian military, security agencies in the fight against Boko Haram. A clarion goes out to the security agencies to ensure adequate security/safety for NGOs, Social workers and individuals who risk their lives rendering humanitarian services in the hotbeds of Boko Haram beastly attacks.

On this note, philanthropists, corporate bodies, religious organizations and charities are urged to emulate the European Commission (EU) which has provided  €21m (about N4.7bn) to support Boko Haram victims in Nigeria and neighbouring countries and the  Nigerians in Diaspora Organisation (NIDO) which said it would soon initiate an appeal fund to assist victims of Boko Haram insurgency in Nigeria. 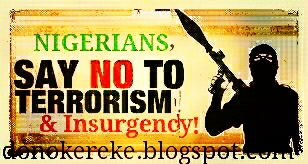 Finally, this writer implores internally displaced person, Boko Haram victims and people from North-East Nigeria to soldier on, be resilient and security conscious. As they say, tough times don’t last but tough people do. No matter how long it takes, light will triumph over darkness. This too, will surely come to pass. Nigerians Unite Against Terrorism. Terrorism has no religion; it knows no race/tribe, age and destroys those who practice it. See something, Hear something, Say something. Say No To Terrorism!!!