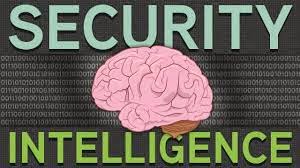 The researchers behind Transparency Toolkit, a venture whose goal is to develop source software to collect and analyze publicly available data on surveillance and human rights abuses, have released ICWATCH, a collection of 27,094 resumes of people working in the intelligence community.


M.C McGrath, founder of Transparency Toolkit, has presented the project on Wednesday at the re:publica conference in Berlin:

"Institutions are made of people, and when we can understand what people do within institutions, why they do it, what their world view is, how they got to that point, we can get a better understanding of how they function, how we can reform them," noted McGrath. "Luckily, it's very easy to find out who is involved in the surveillance state, with just a few simple Google searches."

The group has compiled this database by collecting information from LinkedIn, Facebook, and other sites that contain details about the personal and professional lives of individuals.

Even though many intelligence employees boast of their OPSEC skills, a lot of them include in their online resumes references to surveillance programs, because they want to share with potential employers the fact that they have worked on them.

McGrath used the information collected about for individuals to give an example of how much one can find out about people just by using Google and perusing the aforementioned sites. He also pointed out how information in job resumes can give us a bit of insight on surveillance and tracking programs we still know nothing about.

Not only that, but in one of these examples, there are indications that the individual in question apparently tried to lobby for "an independent review of collection management processe and redefined mission, scope and daily duties" while employed for a government contractor, then left the company (or was let go) within two months. After working two more months in another similar company, he finally existed the intelligence industry and began working as a used car salesman.

"Some people are probably trying to change the system from within, and we don't know it," McGrath posited.

Transparency Toolkit's ICWATCH, which is currently apparently offline due to too many people trying to use it, allows users to search the database of over 27,000 LinkedIn profiles of people in the intelligence community, and filter the results by company, industry, job title, skills, location, etc. The raw resume data can also be downloaded from GitHub.

They also tried to visualize some of these data - for example the connections between the companies, organizations and the military - and to determine when specific programs were first mentioned, how often they were mentioned, and by whom, in order to get an idea on who worked on them, when they were started, etc.

McGrath says that their intention was not to create a "hit list" of "bad people" who should be demonized.
Their goal, he says, is to provide a face to the surveillance state and a mechanism for researching and understanding these surveillance programs, and hopes the knowledge acquired from this data will be used to start debates about programs not previously known or will serve as a basis for freedom of information requests.