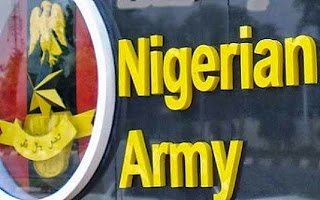 The 7 Division of the Nigerian Army on Thursday announced a 24-hour curfew on Maiduguri, following a botched attack by suspected Boko Haram insurgents
This announcement is contained in a statement signed by Col. Tukur Gusau, the spokesman for the division.
“In view of the recent development within Maiduguri metropolis, a 24-hour curfew is hereby imposed on the city.

“This is done to protect lives and property of innocent and law abiding people of Maiduguri’’, the statement said.

It added that the Nigerian Army, once again, thanked the people for their continuous support and cooperation. “The situation is firmly under control’’, it added. (NAN)

The war seems to be an endless one

Comforting our Military has found its mojo after a lacklustre outing and turned the tide against #BokoHaram. The military must not relent but sustain the tempo. It's not enough to just win the war; the remote and immediate causes of terrorism must be addressed.

Nigerians Unite Against Terrorism and Insurgency. Be resilient! See something, hear something, say something. Say no to TERRORISM.