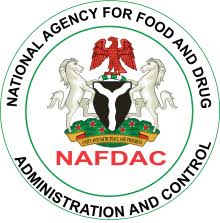 The National Agency for Food and Drugs Administration and Control (NAFDAC) has intercepted 21 containers of spoilt frozen fish at Tincan Island Port in Lagos.


The Director General of NAFDAC, Prof. Moji Adeyeye, made this known in a statement in Abuja on Thursday.

The News Agency of Nigeria (NAN) reports that fish is among items banned for importation into the country by the Federal Government.

Adeyeye urged the public to be vigilant and not to consume fish that would be harmful to them.

Similarly, the agency also seized four trucks of bottle water imported from China, adding that the water was concealed in hair attachment cartons.

According to her, other items seized are imported fruit juices labelled in Chinese language.

She added that the seizures were made recently at Seme border post in Lagos.

Adeyeye said NAFDAC would continue to work with other security agencies to ensure that no harmful food items, illicit or unregistered drugs or water among others found their way into the country

Culled from: Guardian Newspaper
Posted by Don Okereke at 9:32:00 am