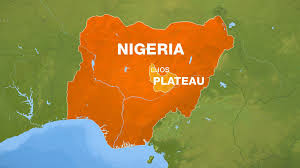 
The violence within some communities such as Dutse-Uku and Rikkos led to massive casualties.

The incident was confirmed in a statement by the Police Public Relations Officer in Plateau State, Mr. Mathias Tyopev on Sunday.

He said policemen had been deployed to the community to put an end to the violence.

“We have received reports of tension around Dutse Uku, Rikkos, Cele Bridge and we have mobilised our personnel to the area.

“As we speak, the area commander, Jos metropolis, is there on ground.”