Implications of Goings-on in Benin Republic 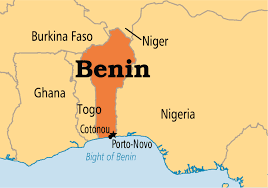 With the myriad of issues plaguing the Gulf of Guinea region currently fueling instability, it is clear that several states have the potential to slide into what would be a state of crisis.

One of the next states that could slide into chaos is Benin. There are several reasons for this. First of all some analysts use the scenario that if a stable State is adjoining a State in chaos then it is only a matter of time before the factors at work spill across the border. There are two crisis spots that fall into this criteria that could influence events in Benin.

First off is Nigeria. The country just recently concluded a controversial series of elections for both the Presidency and the Legislature. Those are just the tip of the iceberg when it comes to areas of concern. The violence that is taking place in the Middle Belt States which has been wrongly portrayed as Herder vs Farmer but is actually a nomadic group targeting farmers has not been resolved. Nor has the Government been able to defeat the Boko Haram insurgency in the Northeastern States either. Uncertainty in the Southern States which are the hub of the Petroleum Industry is an underreported concern as well.

The situation along the eastern border is tenuous at best.  What about the situation on the Western Border? Togo has had protests against the rule of Gnassingbe family. This family has held the reins of power in the country for more than 50 years. Just this data point alone leads us to understand why there is so much desire for change within Togo despite the silence and complicity of Western Powers.

However another fault line will soon present itself as a potential cause of strife. On April 28th the country will head to the polls for Parliamentary Elections. Currently there a total of 91 seats in Parliament that will be contested. The Ruling UNIR (Union for the Republic) captured a total of 62 seats during the 2013 Polls.

The existence of Togo as a one party family ruled State gives cause for analysts to monitor these elections. Not for the casting of ballots per se. There is a saying that “What is important is not who casts the votes but who counts them.” An overwhelming victory by the UNIR could be a catalyst to encourage people to once again take to the streets and loudly demand a change in Government. Especially the opposition parties if they feel that the elections have been rigged.

The issues of Islamist Insurgencies in the Sahel present a potential threat to National Stability as well. Recent attacks by JNIM in Burkina Faso have been steadily moving further to the South to the Border with Ghana. Benin does share a common border with Burkina Faso as well. It is only a matter of time before this border is probed by Islamists and their supporters.

What are the capabilities of the Beninese Armed Forces? Currently it has a standing Army of 4300 Soldiers. The Force (as of 2012) is organized into one armored squadron, three battalions of infantry, one airborne/commando battalion, one battery of artillery and an engineer battalion. The Air Force is organized with only transport aircraft. There are no fighter planes or attack helicopters currently in the equipment chart. This fact alone hinders any efforts to repel an attack let alone respond to any other incidents.

As threats evolve it appears that the Armed Forces will be challenged to respond to any attack due to poor organization and lack of resources. There has been no great need to seek any effort to address these issues either. So it is only just a matter of time before the other shoe drops and Benin slides into chaos.

Written by: Scott Morgan
Posted by Don Okereke at 8:52:00 am