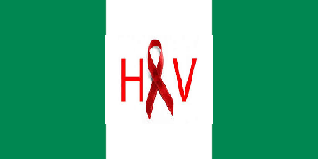 A recently published report says at least 1.9 million Nigerians are living with HIV/AIDS, making it fourth most affected country in the world.


The report of the 2018 Nigeria HIV/AIDS indicator and impact survey (NAIIS), launched by the federal government on Thursday showed that Nigeria’s ranking improved from 2014 when it was the second worst hit.

The survey assessed the prevalence of HIV and related health indicators in the country and captured surveyed 225,000 respondents

It was conducted over the space of six months (June to December, 2018) through the federal ministry of health and National Agency for Control of AIDS (NACA).

According to Isaac Adewole, minister of health, it was also discovered that only 1.1 million Nigerians living with HIV are undergoing treatment with mother-to-child transmission still a major means of infection.

Other key findings from the survey as unveiled by President Muhammadu Buhari in Abuja include:

The national prevalence measure (that is percentage of persons living with HIV in the population under study) is 1.4%.

North-west region has the lowest prevalence rate at 0.6 per cent, while south-south has the highest with 3.1 per cent.

In his keynote address, Adewole described the survey which cost about $110m as “world class”, while revealing that the US government contributed as much as $70m to it.

He added: “We must ensure pregnant women have access to required services and are tested during every pregnancy. We know we can support HIV-positive mothers hence ensuring the next generation is free from HIV,” he said.

Sani Aliyu, director-general of NACA, said it is important that all people living with HIV get into treatment and achieve viral suppression.

“To halt the epidemic, we need do act now. As a government working with out partners, we have what it takes to support persons who are HIV-positive to provide treatment and ensure they live long and healthy lives” he said.

Below is the rate of HIV prevalence in the 36 states and FCT: