The National Agency for the Prohibition of Trafficking in Persons (NAPTIP) has launched a-one-in-all platform for the public called “NAPTIP ireport App.” The application was launched during a press conference in Abuja.


According to the Director General of NAPTIP, Julie Okah-Donli, the app is to “scale up the visibility of the agency”.

Mrs Okah-Donli said the development is to prompt reportage of issues relating to human trafficking as well as increase the participation and interaction of the general public in human trafficking matters.
With this, “NAPTIP is just a click from you,” she added.

Celebrating the 2018 World Day Against Human Trafficking and the 15 years of existence of the agency, the official said the media has become a formidable partner with unwavering commitment “as far as the fight against human trafficking is concerned”.

“The agency has 10 shelters, every office of the NAPTIP has a shelter attached to it where they (victims) are given medical care, psycho-social support and then enrolled into schools for those interested and teach those that want to acquire some skills and afterwards reintegrated with their family,” she said on the achievement of the agency.

As part of activities to mark the celebration, there was a walk by the group in the morning which the director described as “a walk against human trafficking.”

The director said the fight against human trafficking is not a fight just for the Federal Government of Nigeria but a fight for all of the society and government.
She also urged Nigerians to be security conscious.

“Nigerians should be their brother’s keeper and to parents, they should take care of their children, do not allow anyone to traffic your children and do not get trafficked yourself. 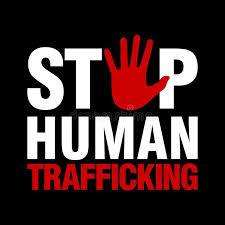 “One of the things we do as a group is networking, mentoring young ladies, women, girls, and widows, standing up for what is right. We have seven clubs in Abuja and we are ready to say No! anytime,” she said.