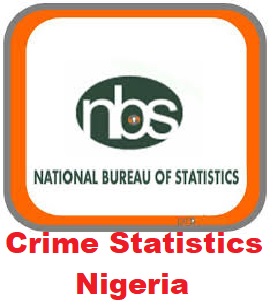 Nigeria’s National Bureau of Statistics (NBS) in its yearly crime statistics released recently on its website said that a total of 134,663 crime cases were reported in 2017 across the 36 states and the federal capital territory (FCT) in 2017.

Kogi and Bauchi states followed closely with percentage share of total cases reported with 0.20 percent and 386 and 0.30 percent cases reported respectively. NBS explained that, offences against properties were those offence against human belonging: properties of any kind like stealing, receiving stolen properties, obtaining property by false pretence, robbery, burglary and house breaking.

"Offence against lawful authority, this is any offence committed against any establishment of law e.g. failure to pay tax to the appropriate authority”.