How Background Checks Use Artificial Intelligence 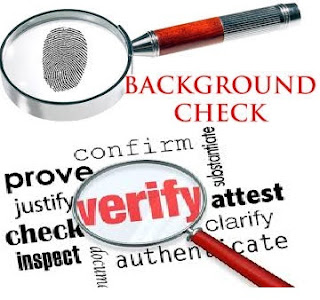 People are creepy, and we’re not just talking about clowns and people who drive cargo vans. We recently learned that nearly one-third of our fellow American adults, more than 70 million people, have been arrested on a felony charge at some point in their lives.
We should note that arrests do not equal convictions, so don’t load up the van with the kiddos and head for the hills just yet. No doubt many of those arrests were (in the past) for smoking the sweet leaf, so you gotta figure about 90 percent of those at a Phish concert are felons. Still, most companies aren’t taking any chances when it comes to hiring employees.

About 72 percent of employers conduct background checks of some kind, according to CareerBuilder. (This is different from “identity verification”, which is something companies like Onfido do.) Once a company knows that you are who you say you are, then they want to make sure there’s nothing in your background that might raise red flags. And for that, they’re turning to artificial intelligence (AI).

One of the faster growing companies doing background checks using AI is a startup called Checkr. The San Francisco company hooked a $100 million Series C megaround in April that included previous investors Accel Partners and Y Combinator. The global asset management firm T. Rowe Price (NASDAQ:TROW) led the round. Even Google got involved back in a $9 million Series A in October 2014. That brings total disclosed funding to $149 million since then. In those four years, Checkr has scaled to run one million background checks per month for more than 10,000 customers. We briefly profiled Checkr last year for our article on “6 Digital Identity Verification Startups to Check Out.”

The company plans to nearly double its workforce with the new infusion of cash, as well as build out its technology, including increasing the speed, data insights and accuracy of its AI platform for background checks. Much digital ink has been spilled over how artificial intelligence has certain biases based on the data it has been trained on, such as facial recognition software that mistook pictures of black people for apes. That’s not the case with Checkr, co-founder Daniel Yanisse told Entrepreneur. In fact, he said the AI does not attempt to predict if a person will be a good fit for the job or even make recommendations. Instead, the machine automates data classification for fact-based categories, such as determining whether an offense is a driving violation or an assault.

In fact, Yanisse and team believe that by using AI for background checks, Checkr is helping take human bias out of the hiring and recruiting equation. Clients can customize the AI-powered background check to exclude certain criminal offenses that might not be relevant to the job.

Good question. If you asked the victims of sexual assault or abuse in the 103 alleged cases involving Uber drivers in the United States, they’d probably give you a collective “fcuk no” for an answer. (Just to be clear, we’re talking about cases where guilt has been established in a court of law, not the kangaroo courts on Twitter.) Even then, half of all convicted sex offenses in London cabs in 2016 were committed by Uber drivers, according to Business Insider. Last year, Colorado fined Uber nearly $9 million when it was discovered that 57 drivers had criminal or motor vehicle violations that should have disqualified them from working for the ride-hailing company. On the other hand, Uber provides about 15 million rides per day around the world, most of which involve nothing more sinister than awkward silence or being subjected to the musical whims of a tone-deaf driver.

Background checks by Checkr using artificial intelligence typically screen potential Uber drivers’ records within the past seven years, according to a report by CNN. Felony convictions, violent crime or sexual offenses, or a registration on the U.S. Department of Justice National Sex Offender public website automatically disqualifies an applicant from being an Uber driver. In addition, Uber announced it would conduct annual background checks of its drivers. At an estimated $35 a pop for each driver (though we would guess Uber has negotiated some sort of discount), that’s a steady stream of revenue for Checkr. As a private company—the world’s biggest second biggest in fact—Uber doesn’t release employment numbers, but some educated guesses put its on-demand workforce at about two million drivers.

Checkr was originally founded to serve the gig (or freelance) economy, which by some estimates accounts for a third of the U.S. workforce. In that regard, they promised a turnaround of one to two days on most background checks. In addition to Uber, the company counts on-demand employers like Lyft, Grubhub, Instacart and Postmates, as well as more traditional employers such as Allstate, as clients. If two days is too long, then our next startup might be able to help.

It looks like we shouldn’t do business with Mr. Jones.

Intelligo markets its background check platform for more than just employment verification. One of its proposed markets is for investment funds. In that case, Clarity allows clients to monitor and conduct due diligence on executives, fund managers, investors, third-party vendors, employees and management teams. For example, an investor may want to investigate the management team of a potential early-stage investment. It’s sort of background check meets business intelligence. Would it have caught Theranos before it walked away with $700 million in investments? This next company might have.

While we typically associate background checks with humans, there’s an equally important need to assess the worthiness of business entities. We come across this problem all the time when looking through some of the nefarious organizations that over-the-counter (OTC) companies align themselves with. That’s where our next solution comes in. The story starts with a Canadian startup called OutsideIQ which developed an AI-based automated due diligence solution that you can use to analyze potential clients, investments, transactions, third-parties and counterparties. Says the company:

DDIQ is an automated risk analytics product that learns about its search subject by going to thousands of sources. It identifies, evaluates and rates risks presenting the data which can be immediately used to make key business decisions. All in about 5 minutes.

In 2017, they were acquired by a leading regtech firm called Exiger. The tool can now be used to monitor risk on a daily basis. You can be sure that all of this is moving more towards real-time risk assessments where companies can quickly disassociate themselves with any problematic persons or parties that may suddenly raise red flags. This underscores the important of following the judicial process that’s been in place for decades, as opposed to “guilt by accusation”.

We already know that big data can be used to pull together all sorts of reports about us thanks to huge amounts of data exhaust we create online, especially through social media channels. Cambridge Analytica certainly isn’t the only company to ever engage in debatable data mining practices. Combined with artificial intelligence, big data empowers companies to learn just about anything they might want to know about customers or competitors – whether that’s Coca Cola just trying to sell more sugary drinks that increase diabetes risk and obesity, or a startup turning online behavior into a credit score. The market potential to package each person’s digital data based on business potential—in this case, background checks on individuals and companies—can seem creepier than a circus clown. But those clowns will be laughing all the way to the bank.

This piece was originally published on www.ninalyze.com