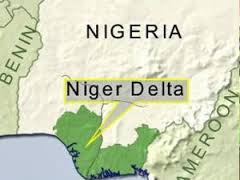 
This was disclosed to newsmen on Sunday by a group called Niger Delta Activists Forum (NDAF).

Convener of NDAF, Success Jack, said their intelligence revealed that the shutdown would begin at 12 am on Wednesday.

“We are aware from our interactions with these people, that at any time from 00hrs on Wednesday, June 20, ‘Operation zero barrels for NAOC’ begins,” he said, explaining that the agitation was fuelled by blatant refusal of NAOC for dialogue.

According to NDAF, the Italian oil company had ignored a 14-day ultimatum to include residents of the community in their staff rank.

Jack said the residents were aggrieved as a result of NAOC’s "gross violations of human rights, non-implementation of previous agreements, and pollution of land and waterways in the Niger Delta".

“On a final note, we want to further draw the attention of all relevant government agencies to the fact that the resolve by these communities is real and any effort to remedy things is still highly welcome,” he said.

While these groups might just be posturing, the relationship between host communities and International Oil Companies (IOCs) has been getting more fractious. In April, protesters from Erhoike and Olomoro, in Delta State, shut down two flow stations owned by Heritage il.

Their complaints were similar to those made by the threatening militants. Their demonstrations caused the country to lose 80,000 barrels of oil.

Whatever agreements the companies had with the host communities seem to be unravelling.

Culled from: SaharaReporters
Posted by Don Okereke at 1:55:00 pm