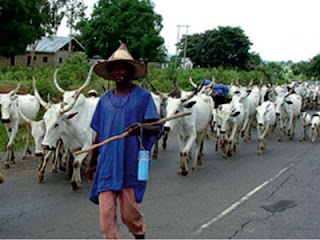 Herdsmen, in the early hours of yesterday, invaded Tseadough village in Mbachom, Yaav Ward of Kwande Local Government Area of Benue State, killing seven persons including women and children, while a pregnant woman was taken hostage.
In the attack that left many injured, several houses and farmland in the village were destroyed. This is just as six persons were confirmed dead in a cult clash in Otukpo, headquarters of Otukpo Local Government Area of the state, yesterday.

A source from the area, who craved anonymity, told Vanguard that the unexpected invasion of the area by the herdsmen lasted about one hour, after the victims had retired for the day. Herdsmen According to him, “everyone had gone to bed when the sound of sporadic gunshots were heard from all corners of the village around 12:10a.m.

“The sounds sparked pandemonium in the village as villagers, including children, ran in all directions for safety. But seven unlucky ones, including women and children, were either hacked or shot dead. “After taking over the village, the invaders started burning down houses, huts, farmland and food barns of their victims and later pulled out.”

In his account, the Kwande Local Government Area Chairman, Terdoo Nyor Kenti, said the herdsmen stormed the village shortly after midnight, while the people were fast asleep.

Sources said: “Two of the victims were killed at a popular drug (marijuana) joint known as Banana Island, while another victim, who owns a barbing shop at Akpa Street, was shot outside his shop. “The fourth was killed along Uloko lane, while others were killed at several locations as the killers went about their killing spree in the busy town.

As we speak, there is palpable tension in Otukpo town.” Chairman of the Local Government, Mr. George Alli, who confirmed the development on phone stressed that “efforts are on top gear to apprehend masterminds of the heinous crime.”