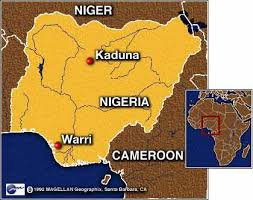 The Kaduna State Police commissioner, Austin Iwar, on Sunday confirmed that 45 villagers were killed by bandits in Birnin Gwari Local Government Area of the state.

Residents said the killings occurred around 2:30 p.m. when the bandits stormed the village in large numbers on motorcycles. They also burnt many houses in the community.

The police commissioner confirmed the casualty figure to PREMIUM TIMES in a phone interview.

He said the police have deployed over 150 personnel to the area as directed by the Inspector General of Police, Ibrahim Idris, on Sunday.

“Yes 45 people were confirmed dead and as we speak the state command have already deployed 150 policemen to the area to provide security,” he said.

“We will also deploy another 200 police officers by next week to help protect lives and property in Birnin Gwari. We are doing everything possible to secure the area,” he said.

On the need for the command to work with local vigilante in the area, Mr Austin said the police is already doing so and will continue to work with them in the area of community policing.

A community leader in Birnin Gwari, who identified himself as Hussaini, also told PREMIUM TIMES that over 40 bodies were brought to emir’s place in Birnin Gwari on Sunday afternoon.

“Some bodies that were seemed to have been burnt were already buried by their love ones at Doka and Mando villages, few kilometres from Birnin Gwari town,” he said.

A former Birnin Gwari Local Government Area Chairman, who does not want his name mentioned for security reasons, described the attack as worst in the history of the area.

Birnin Gwari has witnessed several attacks in the past months leading to the death of scores of civilians, soldiers and police officers.

Following this latest attack, Governor Nasir El-Rufai on Sunday evening announced that the federal government has agreed to deploy a permanent army battalion in the troubled area.